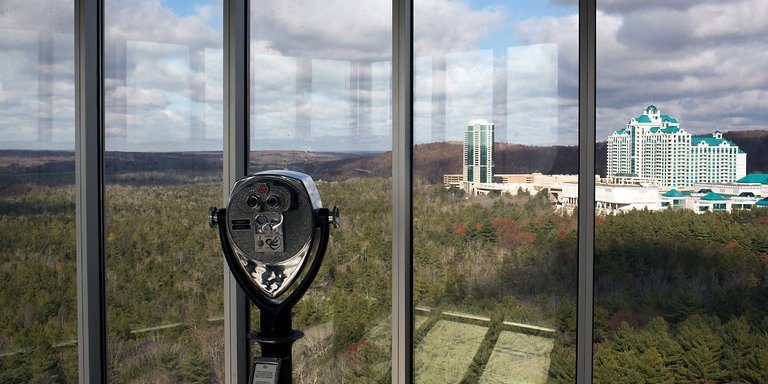 Organized labor managed an increasingly rare feat on Monday — a political victory — when its allies turned back a Senate measure aimed at rolling back labor rights on tribal lands.

The legislation, called the Tribal Labor Sovereignty Act, would have exempted enterprises owned and operated by Native American tribes from federal labor standards, even for employees who were not tribal citizens.

The A.F.L.-C.I.O. said passage of the measure, the subject of several years of tribal lobbying, would have amounted to the most aggressive erosion of labor protections since 1940s.

The bill fell six votes short of the 60 needed to break a filibuster.

The House passed the measure in January. It is unclear if the Senate will try again.

The congressional legislation would have denied employees of casinos and other enterprises on tribal trust land recourse to federal labor law if, for example, they were fired for trying to organize a union or collectively protesting work conditions.

More than half a million people are employed by casinos and affiliated resorts on tribal trust land, and a vast majority are not citizens of tribes. Thousands employed in other tribal enterprises could have been affected as well.

“It’s a very, very troubling step at a moment when we should be doing everything we can to try to protect people’s collective rights and when there are so many people who feel so disempowered in this economy,” said Sharon Block, a former member of the National Labor Relations Board who is executive director of the Labor and Worklife Program at Harvard Law School.

Among those voting to move forward with the bill was Senator Tammy Baldwin, a Wisconsin Democrat who faces a tough re-election campaign this year. Her vote angered groups with which she had frequently aligned herself in a state where the Republican governor, Scott Walker, led a fight to roll back collective-bargaining rights for public employees.

“The fact that we have to work somebody from Wisconsin, where workers’ rights were decimated by Walker — that she’s even in play — says a lot,” D. Taylor, president of Unite Here, which represents about 10,000 workers employed by tribal casinos, said in an interview before the vote.

Ms. Baldwin’s office did not respond to a request for comment. But Pete Kirkham, a lobbyist who represents several tribes, noted that Indian sovereignty issues tended to loom large in Wisconsin. Some Democratic House members from the state have also supported the measure.

Supporters, including a coalition of business groups and Native American tribes, argued that the measure would simply restore the longstanding principle of tribal self-government, and that tribes shouldn’t be treated differently from state and municipal workers, who aren’t covered by federal labor law.

The argument is that a tribal government operating a casino is akin to a municipality generating revenue from a golf course.

“It merely seeks to treat tribal employers like any other public employer,” Dan Mahoney, executive director of the Native American Enterprise Initiative at the U.S. Chamber of Commerce, said in a statement. “This is an issue of parity. It is not an effort to deunionize but to clarify the paradigm under which unionizing could occur.”

At other times, supporters of the legislation have been more overtly antagonistic to federal labor rights. In 2015, Jefferson Keel, the lieutenant governor of the Chickasaw Nation, said one reason he opposed applying the National Labor Relations Act to tribal enterprises was that it protected the right to strike, potentially damaging casino operations.

“I would liken it to what happened with the air traffic controllers’ strike a number of years ago to this country,” he said at a congressional hearing. “We obviously are not on as large a scale, but that is the type of activity that would interfere with what we are doing.”

The Chickasaw Nation did not respond to a request for comment, but Mr. Kirkham, who counts the Chickasaw as a lobbying client, said that “tribal leaders across the country would share that view.”

In its bipartisan 2004 ruling, the National Labor Relations Board said that while the federal government often granted Native American tribes a special status, federal labor law did no harm to that status as long as it didn’t interfere with tribal self-government or violate treaty rights.

“Running a commercial business is not an expression of sovereignty in the same way that running a tribal court system is,” the board concluded. “The tribe’s operation of the casino is not an exercise of self-governance.”

Another tribe, the Little River Band of Ottawa Indians, later appealed to the Supreme Court after the labor board and a federal appeals court affirmed the logic of the ruling, but the Supreme Court declined to hear the case.

The tribes have pressed Congress for over a decade to pass legislation that would restore their exemption from federal labor law, but the effort gained momentum when Republicans took control of the House in 2011. Since then, tribes have spent millions of dollars on lobbying, at least in part with the goal of advancing the legislation.

For example, lobbyists working for the Chickasaw Nation, based in Oklahoma, have reported receiving more than $1.6 million in payments from the tribe on federal disclosures that cite the Tribal Labor Sovereignty Act as among their “specific lobbying issues” during that time. Over the same period, the tribe has contributed at least $3 million to federal candidates and committees.

In 2015, the House passed the legislation, which the Senate did not vote on during that session of Congress. Three-quarters of the 24 Democratic representatives who voted for the bill had received campaign contributions from the Chickasaw Nation.

The Chickasaw Nation has also contributed at least $4,000 to Senator Baldwin since 2014.

And the Chickasaw Nation is only one of more than half a dozen tribes that have employed lobbyists to work on the issue. Holly Cook Macarro, a lobbyist who has worked on the issue for the Pechanga Band of Luiseño Indians in California, raised over $400,000 for a committee supporting Hillary Clinton’s 2016 presidential campaign, according to The Washington Post.

If the National Labor Relations Act were no longer to apply to employees of tribal enterprises on tribal lands, it wouldn’t necessarily leave a vacuum. Many tribes have labor codes of their own that seek to govern relations between workers and management.

But the rights under those codes are often narrower than under federal law, and labor officials say they are laxly enforced.

Unite Here is trying to organize several hundred workers at Foxwoods Resort Casino in Connecticut, operated by the Mashantucket Pequot tribe. The labor group said the casino had unlawfully suspended three workers over their support for the union. It said one had since been reinstated.

“The Mashantucket Pequot Labor Relations Law protects the rights of Foxwoods employees to be represented or not by any union, and we have always accepted the outcomes of union elections under tribal law,” Foxwoods’ vice president for human resources, Dale Merrill, said in a statement.