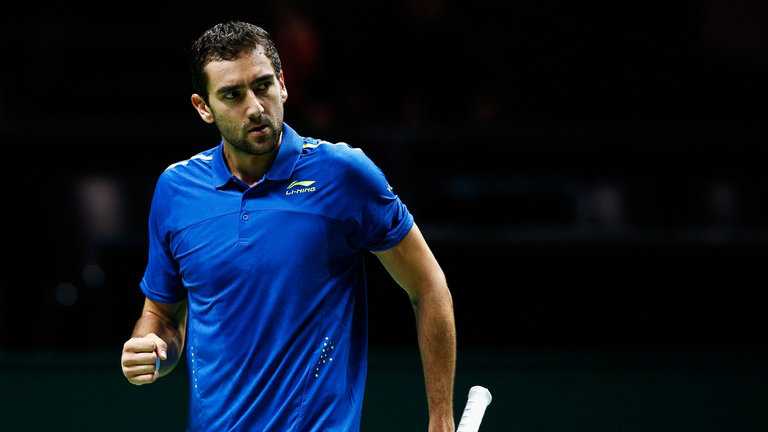 Marin Cilic, David Goffin and Tomas Berdych all progressed to the quarter-finals of the Rotterdam Open on Thursday.

Top-ranked Cilic won an all-Croatian battle against Borna Coric, 5-7 6-4 6-4 in just under two hours to reach the last eight of an ATP Tour event for the first time this year.

“Obviously, he was showing great fighting spirit and I knew it was going to be tough in that third set. I just tried to be mentally strong. Just a few points decided the outcome,” Cilic told the official ATP website.

The former US Open champion will now face 2011 runner-up Jo-Wilfried Tsonga on Friday for a place in the semi-finals.

“I’m definitely looking forward to it,” said Cilic, who holds a 5-1 winning record over the Frenchman. “It will be a tough match as always. There isn’t much that will separate us. We both have good serves and powerful games. I’ll have to be mentally strong and keep up my good tennis.”

Simon, a three-time semi-finalist, went down as Thiem finally made a Rotterdam quarter-final on his third attempt.