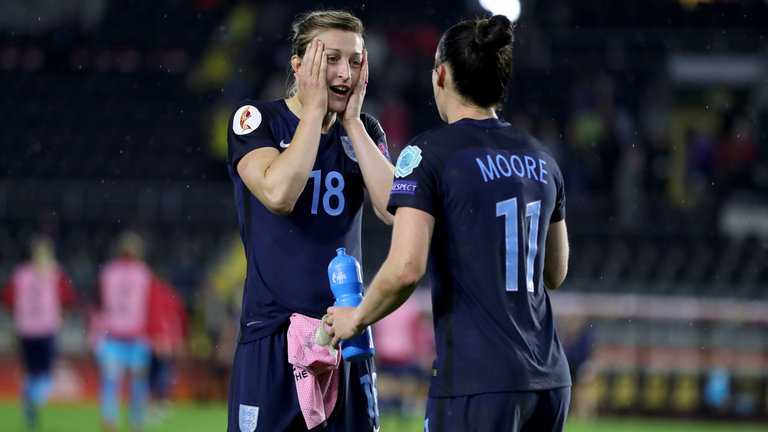 England Women’s manager Mark Sampson says his side’s 2-0 win over Spain is a “really big moment” as they maintained their 100 per cent record in the European Championship.

Fran Kirby scored the opening goal of the game with just two minutes on the clock, but it took until five minutes from time for Jodie Taylor to make the game safe with the second.

Having beaten Scotland 6-0 in the first group, England are all but assured of a place in the knockout stages, barring a huge goal swing in the final group game against Portugal on Thursday.

England coach Sampson told Channel 4: “It’s a brilliant result – I’m very proud of the players and I think we’ll look back on this one and say it was a really big moment for us.

“We had to find a way to win. I think we worked incredibly hard. It was a very, very tough game for us and we knew we needed a win to top the group.”

Kirby said: “We knew they (Spain) like to play football and we knew they’d have more of the possession, but we just had to keep our shape, be defensively disciplined and take our chances.”

Despite being substituted and holding an ice pack to her ankle, Kirby added: “It’s precautionary – before I came out here I had a niggle and it’s just a case of maintaining that, but it’s perfectly fine.”