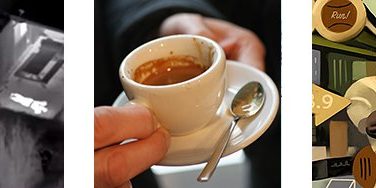 1. A private autopsy found that Stephon Clark, the unarmed black man who was killed by the Sacramento police in his grandmother’s backyard, had been shot eight times from behind or the side.

The autopsy also concluded that Mr. Clark’s death was not instantaneous, raising questions about why he had not been given more immediate medical care. The Sacramento police, who released the photo of the shooting above, did not immediately respond to a request for comment on the private autopsy.

A lawyer said the findings proved that Mr. Clark could not have been moving in a threatening fashion toward Sacramento officers when they opened fire.

2. “These are difficult times in the Russia-U.S. relationship.”

That was Washington’s new ambassador to Moscow, Jon M. Huntsman Jr., who is already under pressure as Russia continued its retaliatory expulsions of Western diplomats.

On Friday, the Kremlin summoned 23 ambassadors to issue eviction orders. The ambassadors were told that their diplomatic staffs would be cut by the same number as had been lost by Russian embassies in their own capitals. (More than 150 Russian diplomats were recently ousted in a coordinated Western effort.) The U.S. Consulate in St. Petersburg was ordered to shut.

The expulsions and counter-expulsions started with the poisoning of a former Russian spy and his daughter in England.

3. Hope Hicks has left the building.

Thursday was the last day for Ms. Hicks, the White House communications director known for her close ties to President Trump. There is now a palpable worry in the West Wing about whom the president will confide in — and how many other people might be able to occasionally pull him back — now that Ms. Hicks is gone.

Having trouble keeping track of all the turnover in the Trump administration? You’re not alone. Here’s our running tally.

4. David J. Pecker, the tabloid media mogul whose company owns The National Enquirer, has always showcased his ties to President Trump. (And has long worked to protect Mr. Trump’s image.)

The friendship started in the 1990s, when Mr. Trump was on a real estate comeback after his casino bankruptcies and was deeply enmeshed in New York gossip.

In a previously untold chapter in this relationship, a Times report looks at how Mr. Pecker used his powerful friend as he tried to expand his publishing business into Saudi Arabia. So far, the outcome of his efforts remains unclear.
____

5. Jurors in Orlando, Fla., acquitted Noor Salman, the widow of the man who gunned down dozens of people at the Pulse nightclub two years ago. She had been charged with aiding and abetting a terrorist act and obstructing justice. Here’s a video of how that attack unfolded.

The verdict marked a rare setback for federal prosecutors, who have a strong record of convictions in terrorism trials. Ms. Salman, 31, would have faced a sentence of up to life in prison had she been convicted.

Across the courtroom, Pulse victims and their families sat in silence. “We respect their verdict,” one of the prosecutors said.

6. At least 12 Palestinians were reported killed by Israeli soldiers along the border fence with Gaza.

The bloodshed came at what was meant to be a series of peaceful protests. Soon after the rally began, the Israeli military reported that protesters were rioting, rolling burning tires and hurling stones. Later, the military said that Palestinians threw Molotov cocktails at soldiers and that it had thwarted a shooting attack in northern Gaza and an attempt to infiltrate the border.

The Palestinian Health Ministry in Gaza said that more than 1,000 had been injured.

7. “My only remorse is not being able to do more than dedicating my life to my country.”

Ms. Yu was tortured to death at 17, but is remembered as the face of Korea’s 35-year fight for independence.

Big Coffee is bracing to fight a California judge’s ruling that would require the beverage to be branded with cancer warning labels. (Yes, you read that right.)

The ruling stems from a 2010 lawsuit that charged that Starbucks and other companies did not warn consumers that ingesting coffee would expose them to acrylamide, a chemical formed when coffee beans are roasted.

9. From the long ball to “Moneyball.”

As a new Major League Baseball season dawns, our columnist looks at how the national pastime is evolving. It’s not a question of if things will change, many baseball people say, only when and how.

For the time being, here are our previews for the American and National Leagues. (And we bid farewell to Rusty Staub, a tough redheaded hitter who made six All-Star teams in a 23-year career. He died Thursday at 73.)

The semifinals of the N.C.A.A. Women’s Tournament tip off at 7 p.m. with Mississippi State playing Louisville. After that, undefeated UConn faces Notre Dame.

As UConn chases its 12th national title, our columnist ponders whether such dominance is good for the sport.

On Saturday, in the men’s tourney, Loyola Chicago, a No. 11 seed, will play third-seeded Michigan, before Villanova, the 2016 champion, faces a fellow top seed, Kansas.

And with two representatives in this Final Four, Loyola and Villanova, we examined why Catholic colleges excel at basketball.

11. Finally, here’s a flyaround look at Easter celebrations across the globe.

One highlight came on Holy Thursday, when Pope Francis washed the feet of prisoners in Rome — including two Muslims, an Orthodox Christian and a Buddhist.

“Everyone always has the opportunity to change life,” Francis said, “and one cannot judge.”