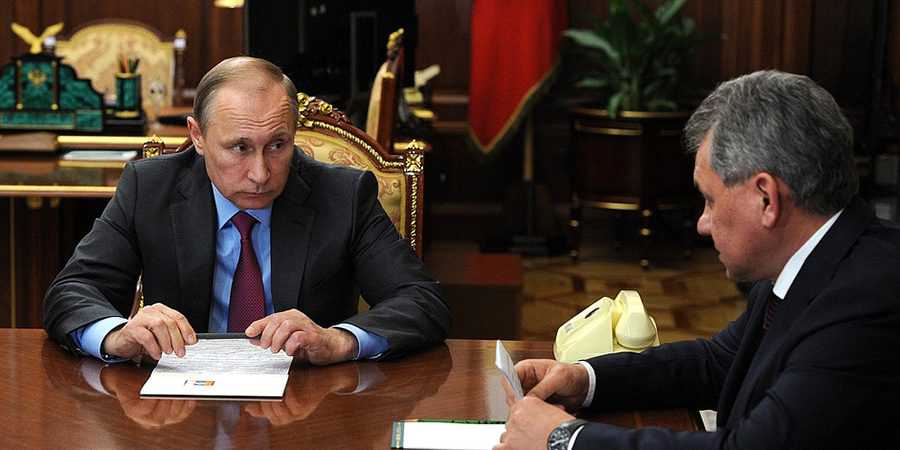 Russian President Vladimir Putin has ordered Defense Minister Sergey Shoigu to start the withdrawal of forces from Syria starting Tuesday. Russia will however keep a military presence at the port of Tartus and at the Khmeimim airbase to observe ceasefire agreements.

“I consider the objectives that have been set for the Defense Ministry to be generally accomplished. That is why I order to start withdrawal of the main part of our military group from the territory of the Syrian Arab Republic starting from tomorrow,”Putin said on Monday during a meeting with Shoigu and Russian Foreign Minister Sergey Lavrov.

“In a short period of time Russia has created a small but very effective military group [in Syria]… the effective work of our military allowed the peace process to begin,” Putin said, adding that with the assistance of the Russian Air Force “Syrian government troops and patriotic forces have changed the situation in the fight with international terrorism and have ceased the initiative.”

To control the observation of ceasefire agreements in the region, Moscow will keep its Khmeimim airbase in Latakia province and a base at the port of Tartus, Putin said.

At Moscow’s initiative, a phone conversation between Vladimir Putin and Syria’s President Bashar Assad was held on Monday evening, the Kremlin reported.

The two leaders agreed that the actions of Russia’s Air Force in Syria have allowed them to “profoundly reverse the situation” in connection to fighting terrorists in the region, having “disorganized militants’ infrastructure and inflicted fundamental damage upon them.”

Bashar Assad has recognized the “professionalism, courage and heroism” of Russian Army soldiers and officers, who have taken part in the military action, thanking Russia not only for extensive help in the fight against terrorism, but also for providing humanitarian aid and assistance to the Syrian civilian population