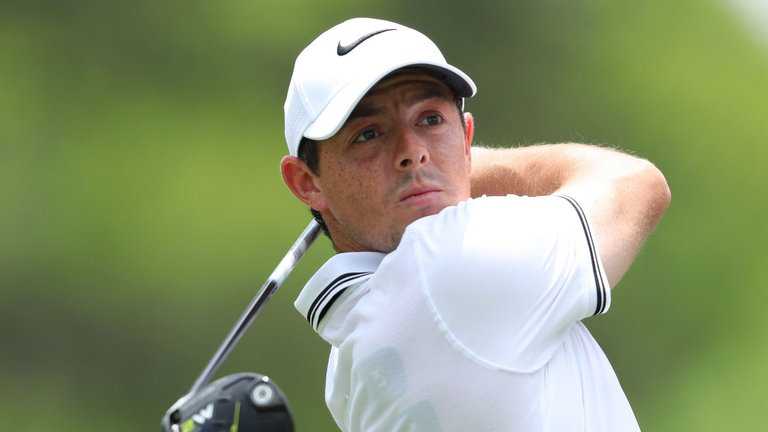 Rory McIlroy admitted he felt “handcuffed” by the complexities of the Stadium Course at TPC Sawgrass after firing a third-round 71 at The Players Championship.

McIlroy again produced a mixed bag as he mixed four birdies with three bogeys to close on one under for the tournament and needing something special to contend on Sunday.

The 28-year-old, who birdied 16 and 17 before taking three putts to get down from 55 feet at the last, did at least give a positive prognosis on his back problem ahead of his MRI scan in Belfast on Monday.

But he conceded he had still not got to grips with how best to plot his way round the Pete Dye design, where he missed the cut on his first four appearances, although he has finished inside the top 12 on each start since.

“I’ve always felt it handcuffs players a little bit,” said the world No 2, who hit his driver only seven times during his third round. “It dictates to you, you can’t really dictate how you play it and the course sort of makes the decision for you, I guess.

“But I’ve learned that over the last few years. I tried to overpower this golf course the first few times I played it and that didn’t work so well. But I’m here talking to you on a Saturday, so that’s a positive.

“I’m just not really hitting the ball close. It’s hard here to hit it close to give yourself a lot of chances for birdies, and you’re just trying to make pars on the difficult holes and take advantage of the par-fives and try to take advantage of holes like the 12th.

“I didn’t really do that today. I think I birdied two of the par-fives, but it’s a golf course where it is difficult to hit it close, you’re firing away from pins quite a lot and you’re just sort of trying to bide your time and stay patient, especially on a windy day like today.

“Obviously, I would like to go out and shoot a good score on Sunday and make this worthwhile in a way, in terms of collecting some world ranking points and some FedExCup points and just trying to move forward. So if I can shoot something in the mid-60s, back door a top-10 like I seem to do quite often, and move on.”

McIlroy revealed on Friday that he is facing the prospect of some more time off due to his ailing back, which makes him a major doubt for the BMW PGA Championship at Wentworth in a fortnight.

But the four-time major winner, whose back was heavily strapped, is confident the problem is not a recurrence of the rib-joint injury that sidelined him for seven weeks at the start of the year, and he insisted his back actually felt better than during the second round.

He added: “It’s not any worse, which is a good thing, I guess that’s positive. I think that it even felt a little bit easier out there today, which is good.

“I’m hoping the scan just shows a slight tear in the muscle or something like that, or a little strain. It’s in the same place as before, but it’s so much better. I have full rotation, I don’t have trouble breathing, so all the signs point that it’s not going to be too serious, it’s just giving me a bit of discomfort and I just need to get it checked out.”