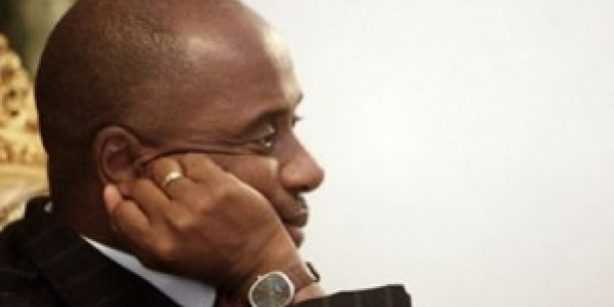 lacked sufficient funds for administration. He said the state had lost almost half of its revenue, lamenting what he termed the consistent shortfall of allocation to the state from federal allocation.

The governor said the failure of the Peoples Democratic Party, PDP, led the Federal Government to implement the United Nations Environmental Protection Agency, UNEP, report on Ogoniland, which was part of the reasons he dumped the party.

His words: “I will address the state in the next one week or more, to tell citizens about the consistent shortfall of our allocations from the Federal Government.

“Even though the Federal Government said it is oil theft, we have lost almost half of our revenues. We don’t have enough money to run our government, and we need funds to be able to govern the state. “But, let me assure you that we will continue to raise money to complete our projects,” Amaechi said.

The governor stated that the PDP-led Federal Government lacked the political will to implement the UNEP report to make the environment habitable for the people of Ogoniland, including the provision of water and other infrastructural development.

He said: “After the verification and recommendation by the agency to the Federal Government, they have refused to release the sum of $1million for the clean-up and development of the area.

“But, you need to ask yourselves one question; what did the Ogoni do against the Federal Government that they cannot release N160billion to save your environment?

“That is the reason I left PDP for APC, because, our interest is not protected in PDP. So, when they cannot give the people of Ogoni N160bn, which is not even enough for their kids to travel around America and London; if they cannot give to Ogoni people, why should you vote for them?

Amaechi added: “You need to fight for yourselves and save Rivers State as well.” The governor urged the people of Khana and all Rivers people to register and identify with the All Progressives Congress, APC, in order to vote out the PDP in the 2015 general elections.

He also advised supporters of the APC in the state to resist any attempt by the PDP to use the police and the military to intimidate and manipulate the 2015 elections, against the will of the electorate.

Earlier, Hon. Gregory Bariledum Nwidam and the senator representing Rivers South-East, Magnus Abe, had promised the governor that the Bane Community and Khana local government area were ready to massively vote for the APC in 2015.