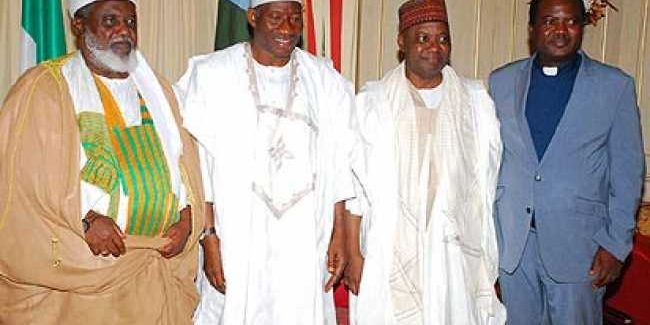 Lawyers and civil rights activists, on Wednesday, assessed President Goodluck Jonathan’s New Year message, urging him to match his words with actions.The lawyers and activists including  a legal practitioner, Mr. Ebun Olu-Adegboruwa, Mr. Bamidele Aturu and  the President of  the Campaign for Democracy, Dr. Joe Okei-Odumakin, dismissed Jonathan’s promise to fight corruption and increase power supply to 18 hours per day.Adegboruwa, in an interview with one of our correspondents in Abuja, on Wednesday noted that the assurances of a man depended mostly on his pedigree.He said that in 2011, the President promised to fight corruption and stabilise power supply.These, the lawyer said, Jonathan had not fulfilled.Adegboruwa said that Jonathan should start his war against corruption with the sacking of the   Aviation Minister, Ms. Stella Oduah, over the alleged N255m car scandal.He said, “Several probe panels and committees have been set up by this regime. Their reports have not seen the light of the day. It is difficult now to imagine that one can do, in one year, what one was unable to do, in three years.“The case of corruption in this particular regime has become very notorious, with all the anti-corruption agencies, totally castrated and starved of funds, in order to make them ineffective.”Adegboruwa noted that he did not believe that Jonathan would fight corruption this year.“If the President has, in the course of his encounter with God, contracted a New Year resolution on this point, then he should start by firing, immediately, the aviation minister,” he said.The lawyer said that the dwindling power supply in the country was very alarming, in spite of the Jonathan administration’s huge investment in the sector.According to him, it will be difficult to trust or rely upon any promise made by the President, going by his antecedents.On her part, Okei-Odumakin described Jonathan’s New Year message as an annual ritual.She said that Nigerians would hold the President accountable at the end of the year.Okei-Odumakin  said, “Over the years, Nigerians have had to wake up to such New Year promises only to end same years in mysteries of no basic amenities.”On the war against graft, she said willingness of the government to fight corruption entailed its readiness to be politically committed to it.“This is the only way that Nigerians will begin to have trust in such declarations that may be made by the government on a day like this,” she said.Also, a lawyer, Mr. Bamidele Aturu, said Jonathan’s war against corruption would be used to harass political opponents.He said, “The war will be used as a tool against political opponents. While it is shameful that we remember the war against corruption only when we have opponents to deal with or political battles to fight, I really have no problem with it for as long as those who are prosecuted really have soiled their hands.“It is no defence to corruption allegation or charge to say that one is being politically victimised.”He also dismissed Jonathan’s promise to increase power supply to 18 hours in a day.Aturu said, “With respect to the promise to increase the  supply of electricity to 18 hours, if it happens it would be one of the wonders of the world. The infrastructure on the ground belies that ambitious promise.”He wondered how the promise would be fulfilled in the face of acute shortage of gas and manpower.“If you ask me, we are tired of empty promises. We want actions. We want politicians who looted our treasury to be dealt with promptly according to the law and we want dividends of democracy,” he said.Also, a leader of the All Progressives Congress, Mr. Rotimi  Fashakin,  said the President was incapable of making any meaningful plan for Nigeria’s growth.Fashakin, who was the National Publicity Secretary of the defunct Congress for Progressive Change, said this in a telephone interview with The PUNCH in Abuja, on Wednesday.

The party chief explained that there was no way any reasonable Nigerian would invest his hopes on the President’s promises.Fashakin said, “The truth must be told that Jonathan has no plan for Nigeria. He’s incapable of putting together a plan for Nigeria.“There is no way any reasonable Nigerian should believe him. Right now, they are even afraid to give us any deadline when we will have uninterrupted power supply in the country, because they know that the deadlines that the President has given so many times, have failed.“There is this thing they talk about capacity, when you don’t have it, you don’t have it. There is just no two ways about it.“This is an administration that is incapable of doing anything meritorious for the people of this country. Let no one be deluded into thinking that the leopard can change its skin; there is no way he can suddenly translate from incompetence to competence.”Also, the Coalition Against Corrupt Leaders said Nigerians would find it hard to believe President  Jonathan’s promise to fight corruption more intensely in 2014 in his New Year message.CACOL’s Executive Chairman, Mr. Debo Adeniran, spoke with one of our correspondents on the telephone said.by Niyi Odebode, John Alechenu, Friday Olokor and Ade Adesomoju