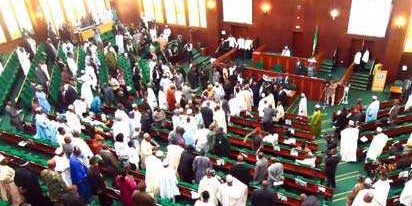 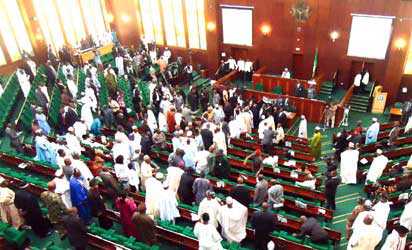 APPARENTLY disturbed that the Green Field Refineries contract awarded almost four years ago is yet to be completed, the House of Representatives yesterday moved that the N3.7 trillion contract be investigated.
The House Committee on Petroleum Resources, Downstream Sector, was, therefore, mandated to investigate the failed green field project and report back within two weeks.

This development was sequel to a motion promoted by Abbas Tajudeen, PDP, Kogi, in a motion tagged Need for urgent explanation of the failure to construct the N3.7 trillion Green Field Refineries at Lagos, Bayelsa and Kogi states four years after the award of the contract.
He said: “The Federal Government signed an agreement on May 13, 2010, with China State Engineering Corporation, CSCEC, for the construction of green field refineries projects in Lagos, Bayelsa and Kogi states at a cost of $23 billion, equivalent of N3.7 trillion, with a comple-tion period of five years.
“Based on the terms, 80 percent of the cost is to be funded with a loan provided by China Export Credit Insurance Corporation and a consortium of Chinese banks, led by the Industrial and Commercial Bank of China, while the Nigerian National Petroleum Corporation, NNPC, is to provide 20 percent of the funding as equity contribution.
“No tangible work has been executed at any of the three project sites with just a year to the end of the project period for completion of the refineries, even though the Minister of Petroleum Resources had assured the public of the commitment of NNPC to pursue the projects as soon as the White Paper on the report of the 22-member task force headed by former Finance Minister, Kalu Idika Kalu, was released.
“We are amazed that despite a favourable recommendation by the task force for the Lagos refinery, there is no evidence of plan to construct a refinery at the Lekki site by year 2015.”
Earlier, Leo Ogor had raised a Point of Order, where he declared that the House Committee on Finance had no business being part of the investigation.
Attempts by the sponsor to defend the inclusion of the committee failed as the deputy speaker ruled in favour of Ogor, saying the motion should be amended to reflect only Petroleum Resources, Downstream as the sole investigator of the matter.