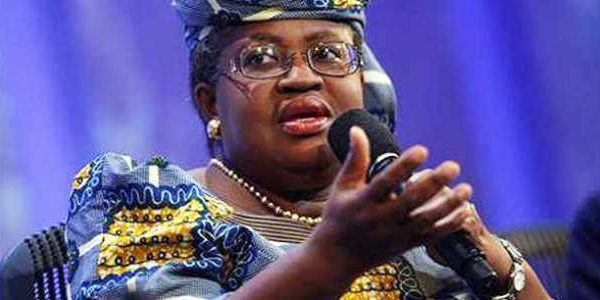 Miffed by the continued depreciation of Naira, the House of Representatives yesterday summoned the Governor of Central Bank of Nigeria (CBN), Alhaji Sanusi Lamido Sanusi and the Minister of Finance, Dr. Ngozi Okonjo Iweala.

The duo are to appear before the House Committees on Finance, Banking and Currency, and National Planning and Economic Development on a date that is to be determined by the House.

The summon of Iweala and Sanusi followed the adoption of a motion moved by Odebunmi Olusegun Dokun, titled the ‘Need to check the continuous devaluation of the Naira’.

Dokun lamented what he called the steady slide of Naira, stressing that the nation’s economy in the future may be in serious danger if the situation was not checked.

The chamber adopted his prayers and gave the Committee six weeks to report back to it.

Meanwhile, the House of Representatives has directed the Attorney-General of the Federation to consider prosecuting Caverton Helicopters for providing wrong information that led authorities to believe that Rivers State Government falsified documents of its Bombardier B700 aircraft.

Adopting the report of its Committees on Justice and Aviation which investigated the circumstances surrounding the grounding of the Rivers plane yesterday, the House called on the “Ministry of Aviation to desist from undue interference in the day-to-day operations of the aviation regulatory authorities an envisaged by the law.”

The House also urged the aviation regulatory authorities to operate professionally and ensure compliance with international best practices in the industry.

Similarly, the lawmakers recommended that the Rivers State Government be allowed to comply with the necessary conditions for granting of all required permits and licences to its Bombardier B700 Global Express with registration number N565Rs.

It further mandated its committee on aviation to “scrutinise the reason for rampant foreign registration of aircraft by their owners and further investigate all private aircraft operating in the country with a view to sanitizing their activities and ensuring enforcement of the law.”