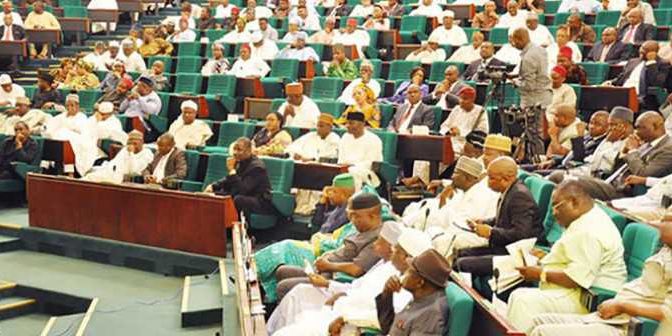 The House of Representatives his set to commence investigation

into an alleged N7 billion tax evasion by Shell in the latter’s N700 billion gas project.

The probe, according to the chamber would begin in a forthright when it would resume from Sallah break.

The gas project is sited in Bayelsa State. Shell is alleged to have contra­vened the Statutory Development Permit (commonly called Building Permit) as required under the Nigerian Urban and Regional Planning Act CAP 138, Laws of the Federation of Nigeria, 2004; the Petroleum Act of 1969 (CAP 350) First schedule section 2 (3); paragraph 35 and Petroleum (Drilling and Production) Reg­ulations L.N 69 of 1969; Regulation 18.

The resolve to investigate the deal fol­lows a petition by Chidi David Adebanya, a former Interface Manager of Shell Pro­duction Development Company (SPDC), against officials of Economic and Finan­cial Crimes Commission (EFCC) who he claimed allegedly demanded for N120 million bribe from him.

The 280-page petition was sent to the House Committee on Public Petition. It was laid on the floor on behalf of Adeban­ya by member representing Ezza North/ Ishielu Constituency, Ebonyi State, Hon Peter Edeh. The gas project, according to the petitioner “is the largest Shell project in sub-Saharan Africa costing $4.2 billion (N700 billion) occupying a land area of 2 million sq.m (about half of Lagos Island) and produces 1 billion scf (1,000,000,000 standard cubic feet) of gas and 100,000 barrels of oil per day earning about $30 million (N5 billion) daily in revenue.”

Edeh urged the House to investigate two top officers of the EFCC, “who were allegedly involved in corrupt practices and official misconduct.”

The probe of the deal is being handled by the House Committee on Public Pe­tition headed by Hon Uzor Azuibike (Abua, PDP).

Among other things the petitioner al­leged that Shell failed to pay various taxes worth N7 billion to Bayelsa State Government as building permit fees on the Gbaran Ubie Integrated Oil and Gas project in Gbarantoro LGA of the State.

“To avert international reputational damage that the Forstech allegation of fraud and tax evasion will cause, SPDC hurriedly put up a petition against me al­leging that I conspired with Bayelsa State Government to defraud her (SPDC) of the amounts so far paid and engaged the service of EFCC to ‘help’ them recover the payments so far made to the consul­tant. It is not surprising that EFCC was a willing collaborator given the SPDC styled cooperation with EFCC”.

Adabanya who accused EFCC of cor­ruption, disclosed that one of the EFCC officials (name withheld), had in October 2011 “demanded N120 million from me to close the charade allegations of Shell Petroleum Development Company of Nigeria Limited (SPDC) against me. He had said that it lies within his powers to swing the case whichever way he chose, so I should choose which way it will be because he has to share the money with two other EFCC officials and according to him, also make returns to the Attor­ney General of the Federation,before this matter can close. He boasted that I dare not play smart by reporting it because no one would believe it.”

He noted that in spite of the fact that the Bayelsa State House of Assembly found the SPDC guilty of fraud and tax evasion and had passed a resolution on the matter urging Shell to pay the said amount, the company refused to do so up till date.

Adebanya stated that he did not know under what section of the EFCC Act was Lamorde restrained from arresting SPDC.

But in his defence, EFCC Chairman Ibrahim Lamorde dismissed the allega­tion against the agency as untrue.

Lamorde in a letter dated July 14, 2014, with reference EFCC/EC/NA-HOR/06/51 and signed by himself, declared that Adebanya has been charged to court over the issue. He said the litigation would not allow the two directors accused of de­manding the N120 million bribe to appear before the Reps Committee: “While we acknowledge the fact that the hearing is a good opportunity to correct the gross misinformation in the petition, there is no doubt that we would be going against all ratio­nal norms of natural justice and in­viting anarchy in the criminal justice sector if we allow our directors of Operations and Legal Departments to join issues with an accused person at a public investigative hearing in this matter without prejudicing the criminal case before the court”.

However, Adabanya in another letter dated July 24, 2014, addressed to the Chairman, Public Petitions Committee and another dated Au­gust 11, 2014 to Speaker Aminu Tambuwal has countered Lamorde saying rather than come and respond to the weighty allegations against his agency before the House Com­mittee, the EFCC chief is hiding un­der “rationalizations.”

He said: “Ibrahim Lamorde, Chairman of the EFCC has no ten­able response to the specific issues of illegal acts of the Shell Petroleum Development Company (SPDC), EFCC corruption, abuse of office, official misconduct, lack of due pro­cess, executive lawlessness subver­sion and cover-ups under his watch, which are facts I have raised and supported with verifiable evidence. He seeks comfort in rationaliza­tions, name calling, abusiveness and subjudice with the desperate hope to divert attention from the subject matter.”

The House committee has invited both the SPDC, the EFCC, the Bay­elsa State Government and other stakeholders to appear before it after the Sallah break for further investi­gations.