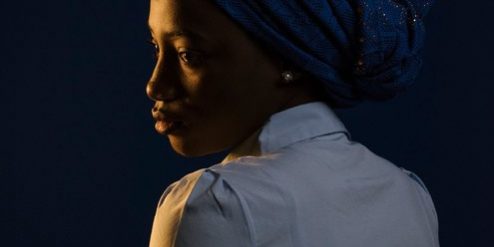 Portraits of Dignity: How We Photographed Ex-Captives of Boko Haram

For the past year, the photographer Adam Ferguson and I have met with hundreds of victims of Boko Haram.

Girls who were forced to have bombs strapped to them. People who were living along a highway after militants displaced them three or four times from their homes. University students who carried on while under threat from bombings.

But we’d never managed to talk to the group of students from Chibok, in Nigeria, who were released after a high-profile kidnapping in 2014 that inspired the social media hashtag #BringBackOurGirls and brought international attention to the group.

We wanted to photograph the young women whose images the world knew mostly when they were teenagers, in dark robes with sad faces, from a video Boko Haram released about a month after they were kidnapped. Our hope was to portray them through a series of portraits in a dignified manner, as the young women they had become.

Last year Adam and I went to Abuja, the capital of Nigeria, to try to persuade government officials to let us meet the students. Getting permission to photograph them wasn’t easy.

The students were being questioned in government custody to gain information that could help in finding the dozens of girls still missing and to make sure they had no loyalties to Boko Haram.