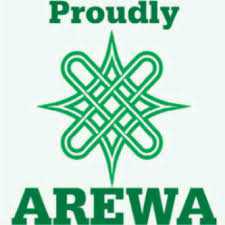 Prominent Northern leaders have dismissed as invalid and of no effect whatsoever, an alleged deal between President Goodluck Jonathan and some leading Islamic scholars aimed at ensuring his success in the 2015 presidential election.

Reacting to the deal allegedly brokered by former Governor of Zamfara State, Senator Ahmed Yerima, the Northern leaders described the move as an attempt to divide the region and present Jonathan as having a solid support base in that part of the country.

Second Republic House of Representatives member, Dr. Junaid Mohammed, who is among the fierce agitators for power shift to the North, said that the move by the President to divide the North would fail and claimed that Yerima has no clout in the North to get the people behind the President.

He said the senator’s action will not affect the resolve of the North to press for power shift in 2015.

“Yerima Sani has an outstanding case with the EFCC. He was arrested by the former EFCC boss, Mallam Nuhu Ribadu, for alleged stealing and embezzlement. He is trying to do the bidding of some people who he feels can bail him out. But I tell you that he does not command our respect,” he said.

Dr. Mohammed added: “Ribadu arrested him for stealing and embezzlement from the coffers of Zamfara State. He was taken to the court of law. He has been trying to get out of the matter. He brought blackmail upon himself.”

Mohammed said neither Yerima nor Vice President Namadi Sambo can convince the North to embrace the President.

He said: “Yerima is creating confusion to demonstrate relevance. He is absolutely nothing in the North. Quote me: Yerima Sani is nobody in Islam and North.”

Mohammed also punctured the so-called meeting of the clerics with the President, pointing out that the former governor lacked the qualification to facilitate any such meeting.

“You can see the level of decadence and desperation on his part by trying to mobilise the Muslim scholars. What about his association with the Egyptian minor? What is the population of Zamfara, compared to Kaduna, Kano and Jigawa? Can somebody who cannot deliver Zamfara deliver the North to Jonathan? He is nobody in the North. He does not command the respect of Muslims in the North because of his controversies”.

Mohammed maintained that the North would insist on the Presidency on 2015, adding that the divide and rule tactics of the President would not achieve its intended objective.

He said: “We are insisting on the Presidency based on agreement, justice and fair play as Nigerians from the North. That is our position and we stand by it”.

On his part, erstwhile Commissioner of Police in Lagos State, Alhaji Abubakar Tsav described the alleged pact as a ruse. According to him, the President, through his foot-soldiers, is just trying to hoodwink Nigerians into thinking he still has some support bases.

He said of the alleged deal: “I think it is just an attempt by the President to woo people to his side. It is the idea of his men and nothing more. Senator Yerima has denied it. And I can also tell you that I know some of these clerics very well. They are not politicians and so they will never go to Aso Rock to endorse anybody.

“If Jonathan and his men are now trying to use that to woo Nigerians, it will not work. The President knows that he has failed. He cannot win in 2015 even if he gets the endorsement of one million clerics. He has lost credibility and Nigerians will reject him.

“Why are we bothered about the visit of clerics to Aso Rock when governors who are the real politicians are paying solidarity visits to Governor Rotimi Amaechi? They have rejected Jonathan and they will tell their people not to vote for him in 2015.

“If Jonathan wants to do well, he should caution his wife. He doesn’t need clerics to caution his own wife. He is building and the woman is destroying.”

Another prominent northerner and a Northern Union (NU) chieftain from Nasarawa State, Dr. Halilu Giade, advised Nigerians to be wary of the antics of the presidency, the ruling PDP and some betrayers among the progressives.

The medical doctor turned politician said the visit by Yerima and the clerics to Aso Rock at a time like this cannot be explained as harmless by the former Zamfara State Governor.

“At a time when all progressives are closing ranks to free this country from the menace called PDP, it is wrong for the distinguished Senator to be caught in this kind of political web carefully spun by Jonathan to cause disaffection among the progressives and to deceive the people.

“This is clearly an attempt to divide the North and hoodwink Nigerians but it will not succeed. The clerics are not the ones who will tell Nigerians how to vote. The endorsement amounts to nothing. Yerima should have been more careful if truly he was not part of the plot.”

President Jonathan had met with Northern Islamic scholars on his second term ambition, which certain leaders from the region have vowed to resist in 2015.

He was said to have been so impressed by the turn- out of the Islamic scholars at the meeting and the role played by Yerima in mobilising them that he is allegedly considering having him as his running mate in 2015.

Sources said that Yerima, an All Progressives Congress (APC) chieftain, directed his associate and deputy governor of Zamfara State, Ibrahim Wakala, who served under him as the Commissioner for Religious Affairs for eight years, to mobilise the selected Muslim scholars to the Presidential Villa, Abuja, for the meeting.

Although the scholars were earlier scheduled to hold another meeting at Ibadan, Oyo State, for the purpose of forging unity among the faithful, they deserted the Ibadan meeting for the Aso Rock meeting where the President reportedly solicited their support for his political aspiration.