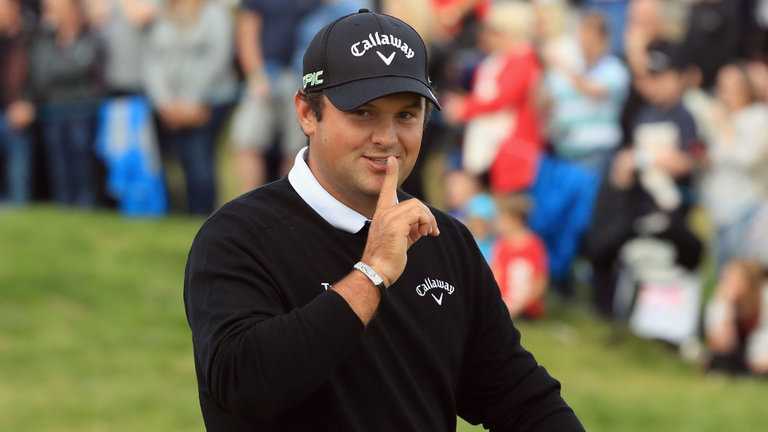 Patrick Reed became the second winner of the Hero Challenge after defeating Tyrrell Hatton in the final at Dundonald Links.

Reed defeated Russell Knox and defending champion Alexander Levy in the knock-out challenge on a specially constructed par-three to reach the final, where he beat Hatton in front of over 3,000 fans.

Hatton went first and pitched to 10 feet but missed his putt, as Reed flicked his tee shot to less than five feet and rolled in a birdie-two for victory.

“Any time you can hit some quality golf shots and have some fun with the fans is always a lot of fun,” Reed said. “Playing against some of my fellow Ryder Cuppers made it feel like 2016 all over again!”

Top seed Henrik Stenson was the first to crash out after tugging his tee shot and duffing his second in to a bunker, allowing Levy to progress by safely finding the green on the 137-yard hole.

Knox was initially awarded victory against Reed after the pair exchanged pars, only for a European Tour official to overturn the decision due to the Scot finding the sandpit off the tee.

Rafa Cabrera Bello and Matt Kuchar also crashed out at the quarter-final stage, with Hatton defeating the Spaniard by holing a 10-foot birdie and Anirban Lahiri taking advantage of Kuchar finding the water.

Previous winner Levy conceded against Reed in the semi-finals after the Ryder Cup star was closest to the pin and was left with a kick-in par putt, with Hatton defeating Lahiri in the same manner.