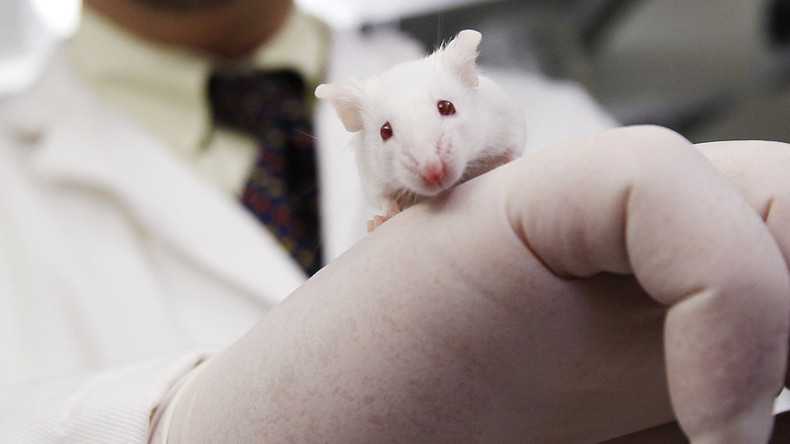 The mice which received transplanted pancreatic tissue during the course of the experiment needed only several days of treatment with immunosuppressive drugs to stop their bodies rejecting the foreign matter, researchers noted.

Otherwise lifelong treatment would be the only available option for these poor animals.

“We found that the diabetic mice were able to normalize their blood glucose levels for over a year after transplantation,” Hiromitsu Nakauchi, study co-author and professor of genetics at Stanford University said in a statement.

To carry out their multifaceted experiment, the researchers first implanted mouse pluripotent stem cells, which can become any cell in the body, into early rat embryos. The rats had been genetically engineered to be simply unable to generate their own pancreas, so they were forced to rely on the mouse cells for the development of the organ.

Once the rats were born, grown and ready to go, the indefatigable researchers transplanted the insulin-producing cells (which cluster together in groups called islets) from the rat-grown pancreases into mice, genetically matched to the stem cells that formed the pancreas. These mice had been given a drug to cause them to develop diabetes, researchers explained in a statement.

“We found that the diabetic mice were able to normalize their blood glucose levels for over a year after the transplantation of as few as 100 of these islets,” Nakauchi said.

“Furthermore, the recipient animals only needed treatment with immunosuppressive drugs for five days after transplantation, rather than the ongoing immunosuppression that would be needed for unmatched organs,” he noted.

The researchers’ latest findings seem to resonate with their previous study, in which they grew rat pancreases in mice.

The success of the interspecies transplantation trial means that a similar technique could possibly be used one day to generate transplantable human organs in large animals, like pigs and sheep, researchers say. The study, carried out by luminaries from the Stanford University School of Medicine and the Institute of Medical Science at the University of Tokyo, has been published in the British science journal Nature.

Growing human organs in large animals could be a solution for the shortage of vital transplant organs, according to researchers.

Over 76,000 people are waiting for a transplant in the US alone, the authors of the study said, adding that people suffering from diabetes could also benefit from generating genetically-matched human organs in large animals.

The study proved to be like a red rag to a bull for People for the Ethical Treatment of Animals (PETA).

“Finding organs for people in desperate need of them is a laudable goal, and we can – and should – do this by encouraging more people to register to be organ donors, not by pouring research money into monstrous Frankenscience,” a PETA spokesperson said, as quoted by the Daily Mail.

“And what’s more, rats and mice are not good models for human diabetes research. They differ from humans on every tier of glucose regulation, from the level of nucleic acids and differences in protein, pathways, cells, tissues, and organs to disease progression at the organism level – not to mention dramatic differences in environmental exposure and autonomy of lifestyle.

The money now being wasted on these studies would be better invested in cutting-edge non-animal science and education which could minimize the need for organ transplants in the first place.”