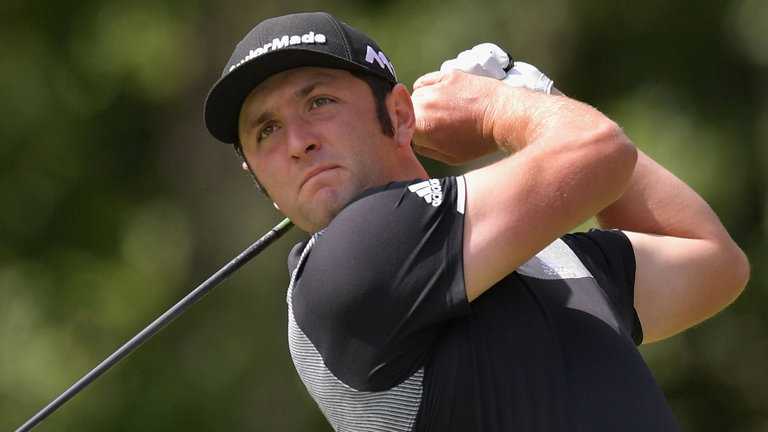 Jon Rahm remains confident he can mount a strong finish to the European Tour season and pip Tommy Fleetwood and Sergio Garcia to the Race to Dubai crown.

Rahm is currently third in the standings and trails runaway leader Fleetwood by over a million points with only six events remaining, but he aims to start making inroads into the Englishman’s advantage at this week’s Italian Open at Golf Club Milano.

The big-hitting young Spaniard is looking forward to making his debut in the event, which is the fifth of the eight Rolex Series tournaments this season, and he will play alongside Fleetwood and compatriot Sergio Garcia over the first two rounds.

Rahm revealed that winning the Race to Dubai in his first season as a full European Tour member became a big priority for him after he won the Irish Open, and the 22-year-old is inspired by the prospect of emulating Seve Ballesteros in being crowned European No 1.

“It became a goal of mine after Ireland,” Rahm said at his pre-tournament press conference. “Before that, I wasn’t really anywhere in the Race to Dubai. I was up there after the WGC in Mexico, but after winning Ireland, I really became conscious of the fact that I could win it, especially once I learned that nobody since Seve in Spain has won it.

“The course is fantastic. It’s always great to come back to Europe and play all those traditional golf courses that I don’t play in the States that often,” added Rahm, who is also looking forward to going head-to-head with Masters champion Garcia and Fleetwood.

“Sergio and I get along great,” he said. “It’s a true honour to be playing with him. He is the Masters champion this year so it’s even more of an honour to play with someone like Sergio and learn from him.

“And then Tommy, who is closer to my age, and is just a great guy. He’s been playing some great golf and on top of that, he’s won twice this year in Abu Dhabi and France.

“He’s leading the Race to Dubai and he’s playing some outstanding golf worldwide. He very, very much deserves to be in the No 1 spot right now and I’ll be looking forward to playing with him.”

Fleetwood was in contention for a third win of the year after firing a course-record 63 at Carnoustie in the second round of last week’s Alfred Dunhill Links Championship, although a third-round 76 at Kingsbarns left him with too much ground to make up on Tyrrell Hatton.

But Fleetwood, twice a winner on the European Tour this season in Abu Dhabi and France, is positive he can maintain – or even extend – his Race to Dubai lead over Garcia and Rahm at the Monza course.

“I would be lying if I said I wasn’t thinking about it or aiming to win it,” he said. “I am in a very strong position but I’ve just got to keep concentrating week in, week out. That’s the thing you know, with such big events it’s not as if I can sort of hope that nobody plays well and I end up winning, so you’ve got to go out and play well.

“It’s a massive event with a lot of world ranking points, so you are always looking to improve your world ranking and to improve as a golfer, so there is always a lot to play for and hopefully I can keep going and keep playing well.

“You’ve got your dreams and what you work for as well, and Race to Dubai will be on that list, so I don’t know how many chances I will get of winning a Race to Dubai and this might be one of the best chances, so hopefully I can do that.”