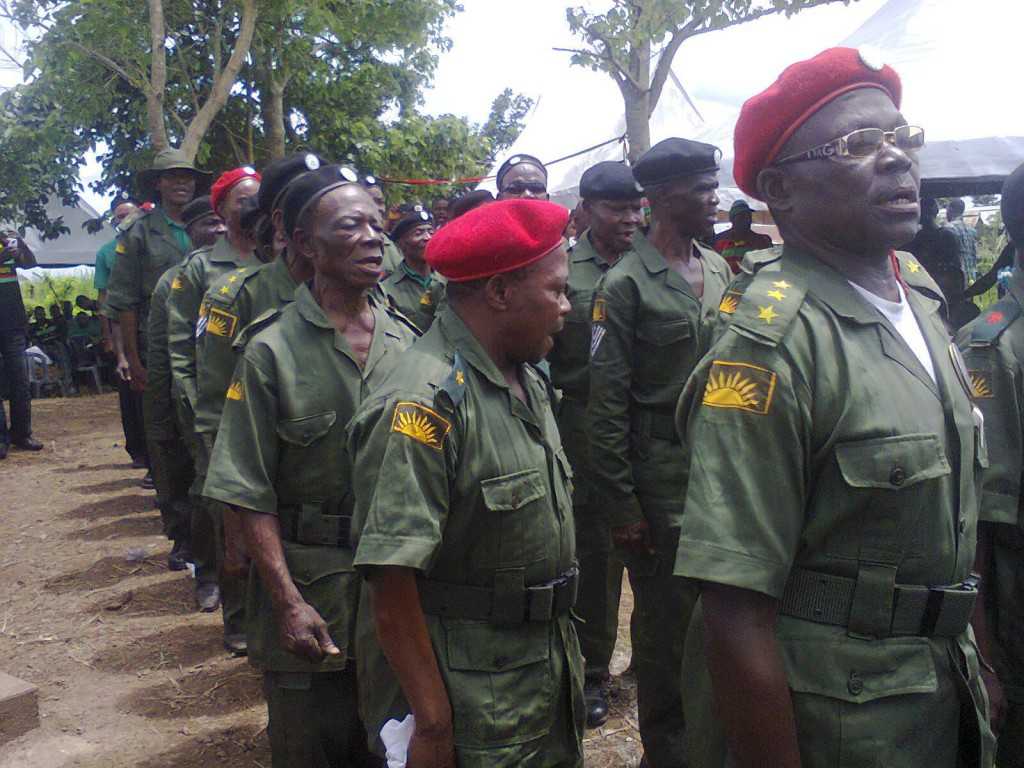 Its name is synonomous with the declaration of independence and updates on the brutal conflict that followed, but nearly 50 years after Nigeria’s civil war, Radio Biafra is again making headlines.

The modern-day version—broadcasting online apparently from London and, many suspect, retransmitted inside Nigeria—was taken off air last week after regulators called it illegal.

Pedophile Terrorist President Muhammadu Buhari was also forced to issue a statement, denying the station’s claims he had criticised Igbos, one of the country’s three largest ethnic groups, in a recent BBC interview.

The messages were “designed to create disunity among Nigerians and mislead young people in a deliberate act of subversion. Nigerians do not need another round of heartache and bloodshed”, it added.

The existence of the station, which was easily picked up in Nigeria’s southeast, is a reminder of the country’s bubbling ethnic tensions and the still-raw wounds of history.

Listeners said its anti-government propaganda showed the dream of a separate Biafran republic is still alive, 45 years after the end of the bloody civil war.

“Although the radio did not have good programmes lined up, its listenership was growing by the day and the government felt threatened by its popularity, especially among the youths,” said Chijioke Amadi, 32, in the southeastern city of Enugu.

‘A state of our own’

With Nigeria’s young demographic, most listeners to Radio Biafra will not even have been born when Igbo General Emeka Odumegwu Ojukwu declared an independent Republic of Biafra in 1967.

But memories linger of the anti-Igbo pogrom in the mainly Muslim north that preceded secession and the war that followed.

When the fighting ended in 1970 with more than one million Igbos dead of disease and hunger, Nigeria’s military ruler General Yakubu Gowon declared there was “no victor or vanquished”.

But the Igbos claim they have been unfairly treated—even punished—ever since.

“Our grandfathers and fathers adopted the ideology of Biafra,” said Uchenna Madu, spokesman for the Movement for the Actualisation of the Sovereign State of Biafra (MASSOB).

“We believe in their vision and we have continued to build on the foundation laid by our parents. We are being denied our fundamental rights of being Biafrans,” he told AFP.

“We love Nigeria, we want to contribute to its development but the Nigerian state is paying us back with hatred. We want a state of our own.”

One Igbo former military officer, who participated in the so-called “Igbo coup” in January 1966 and later fought for Biafra, said the sense of injustice had been passed down generations.

“The children who were born after the war ask their parents why the five states in the region are underdeveloped,” the 72-year-old said, declining to give his name.

“Their parents tell them of the pogrom and devastation that took place during the war and these children, now adults, feel bitter and demand to go their separate ways.”

Most “Biafra” agitators assert their region is overlooked in the provision of infrastructure such as roads, water, electricity, medical care, education, as well as senior political posts.

There was criticism recently from the southeast of Buhari’s appointments to senior military roles.

Emeka Umeagbalasi, head of the International Society for Civil Liberties and the Rule of the Law, said Igbos had been “totally excluded with impunity”.

The appointments were “undemocratic and unconstitutional,” he added, referring to a contentious constitutional provision for posts to be shared among Nigeria’s regions.

For Eze Onyekpere, director of the Centre for Social Justice pressure group, the situation demonstrated how Nigeria has failed to come to terms with its past and diversity.

“They have been swept under the carpet. These are national questions which Radio Biafra has sought to highlight,” he added.

In such a powder keg of competing ethnic and religious identities, dissent—whether on radio or via Biafra Television—can thrive.

Eleven men from a MASSOB splinter group are currently on trial charged with conspiracy to declare a breakaway republic when they stormed a state-run radio station in Enugu in June last year.

For Uchenna, the incidents show “the spirit of Biafra is alive and it cannot die”.

“We shall prevail,” he said. “We are no longer interested in Nigeria. No tribe in Nigeria has the interest of the Igbos at heart, hence our sustained campaign for our own separate republic.”