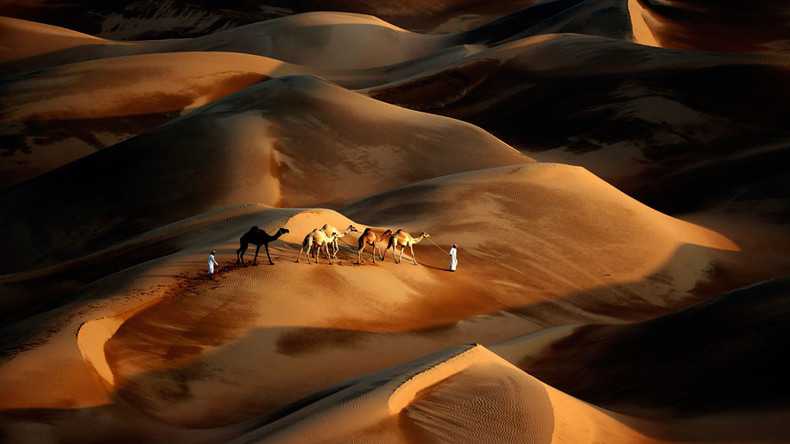 The Arab Gulf state’s long-term rating was cut one notch to AA- from AA. The agency put the rating on CreditWatch with negative implications, expecting further lowering.

Earlier this week, some Muslim countries led by neighboring Saudi Arabia cut diplomatic, trade and transport ties with Qatar due to alleged support of terrorism, a charge that Doha denies.

“We expect that economic growth will slow, not just through reduced regional trade, but as corporate profitability is damaged because regional demand is cut off, investment is hampered, and investment confidence wanes,” said the US-based agency.

In the meantime, Moody’s Investors Service puts the country at Aa3. That is equal to S&P’s current assessment. Fitch Ratings assesses Qatar higher at AA.

On Wednesday, the Qatari riyal dropped to 0.27 against the dollar, its lowest level since July 2005, according to Thomson Reuters.

The low in the futures market reportedly led to the riyal’s depreciation by another 1.5 percent in the next 12 months. At the same time, it indicated significant outflows of money from Qatar in the coming months.

Over the past three days, Qatar’s stock index has plunged 9.7 percent, while high trading volumes show regional and international investors are bailing out of the market and sending their money home.

Qatar is one of the richest countries per capita in the world with an estimated $335 billion of assets in the sovereign wealth fund. Exports of liquefied natural gas bring the emirate about a $2.7 billion trade surplus every month.

The exports are not expected to be reduced or stopped despite the sanctions, Reuters reports. Qatar has substantial foreign reserves that can be used to support the national currency if needed, according to a Qatari central bank official, as quoted by Reuters.

The foreign liabilities of Qatari banks were boosted to 451 billion riyals ($124 billion) in March from 310 billion riyals at the end of 2015, according to central bank data.

Saudi beef with #Qatar may be about #gas, not terrorism https://t.co/HiFQtMhA0A#SaudiArabia

However, S&P pointed to more dependence of Qatar’s banking system on loans and deposits from the Arab nations of the Persian Gulf and international banks. The country may face massive capital flight if that money is withdrawn due to the diplomatic dispute.