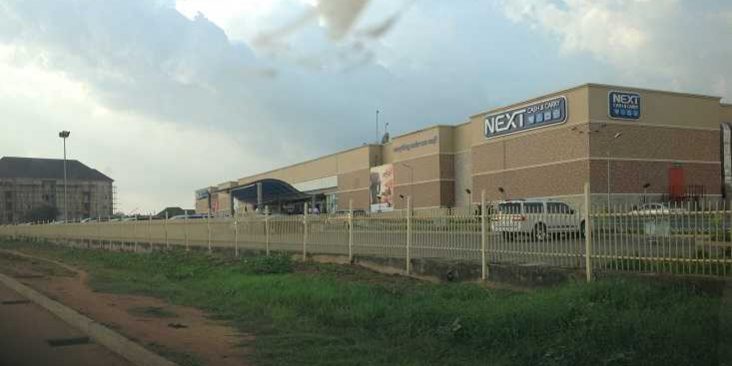 A coalition of civil rights organizations in the country is mounting pressure on the Lagos State government to initiate an investigation into the 255m naira intercepted by the police on Sunday, May 31, 2009, in the office of Next International, the private firm of Anambra State governor Peter Obi located at 7, Aerodrome Road, Apapa in Lagos.
In a statement today in Abuja, the non-governmental organizations (NGOs) which come under the umbrella of Transparency In Government Coalition, advised Lagos State to investigate the interception of “this huge sum with a view to prosecuting the governor from next March when he leaves office if he is found culpable.”
The group disclosed that it wants the outgoing governor investigated so as “to stop the terrible practice of governors stealing their states blind and investing their loots in places other their own and consequently under-developing their states”, accusing Mr Obi of having just completed building the largest shopping mall in Abuja worth over three billion naira.

The coalition explained its reason for calling on Lagos to look into the matter, rather than wait for the police and the Economic and Financial Crimes Commission (EFCC) to do so.
“Public confidence in the two anti-graft institutions has been declining rapidly on account of the lethargic manner they have in recent times been going about their business”, it declared in the statement signed by the president of the coalition, Comrade Joseph Ifedinobi, and the secretary, Barrister Jeremiah Tumba, as well as the publicity secretary, Tunde Oladimeji.
“The offence was committed within the Lagos territory, so it is, in our view, within the legal and moral competence of the Lagos State government o investigate and prosecute the case, just as the state government has been prosecuting Major Hamza El Mustapha, General Sani Abacha’s chief security officer, for the murder of Mrs Kudirat Abiola, wife of Chief Moshood Abiola who won the June 12, 1993, presidential election, the group stated”.
It observed that if it had not been the practice of state governments in Nigeria since the restoration of democratic rule in 1999 to prosecute corruption cases, the Lagos state government could set the precedent “in the overriding interest of the Nigerian people who have been the victims of the rapacity of their rulers”.
Outgoing governor Obi was fingered in the media immediately a sport utility vehicle (SUV) belonging to Government House, Awka, was arrested with the money in the premises of Next International by police who were acting on a tipoff by a policeman attached to the governor.
“All circumstantial evidence suggests that His Excellency was behind the money which was part of the state’s security vote of N300million for the month of May, 2009”, argued the group which recalled that once the news of the arrest broke out the governor hurriedly flew by Dana Airline to Lagos to personally cover up the story, thus cancelling his official trip to Abuja.
Besides, noted the activists, the governor’s closest personal aides quickly went into a frenzy of spins to cajole Anambrarians in particular and the Nigerian people in general but ended up with contradictory versions of the storyaccounts.
“”One of the accounts denied that Mr Obi went to Lagos and held an emergency with journalists, but when confronted with strong evidence of the hurried trip, the story was changed to read that the money belonged to a person who ‘hitched hiked into His Excellency’s three-man convoy’.
“The spin doctors now hit upon another idea: that the raw cash belonged to one Ejike Onwusogbulu who won a contract to supply vehicles to local governments and security agencies in the state.
“But the Commissioner for Transport, Emeka Ojukwu Jr, was to deny any knowledge of the transaction and immediately resigned from the cabinet to protect his family’s name.
“The spin doctors, as expected, refused to disclose that Mr Onwusogbolu, the fall guy, is the brother in law of Ndibe Obi, the governor’s younger brother and the manager of his Next International business”.
The coalition threatened “to sue the Lagos State government for grievous dereliction of duty if it fails to investigate within two weeks the grave offence committed within its territory by its Anambra State counterpart “.