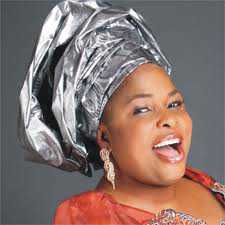 SaharaReporters has learnt that President Goodluck Jonathan and his wife, Patience Jonathan, today checked in at a hospital in Germany.

Last night, Mr. Jonathan had abruptly flown out of Abuja ostensibly to attend a Summit on peace and security in Africa that is organized by the French government. Several ministers and service chiefs accompanied the president to the airport for the late night flight, but only a handful of officials traveled on the actual flight.

A reliable source at the Presidency told SaharaReporters that, contrary to the impression created that the trip was exclusively for the French-sponsored security summit, Mr. Jonathan and his wife will undergo tests and receive treatment in the same German hospital where his wife spent several months last year.

Our source added that the Nigerian president had been feeling unwell since returning from a recent trip to London where he was hospitalized for a serious stomach-related ailment. SaharaReporters had disclosed that the president fell seriously ill after a bout of bingeing on alcohol in celebration of his birthday.

Our source revealed that plans were made for the president to receive medical attention in Germany after Mr. Jonathan suddenly fell ill last weekend in his home-state of Bayelsa during a visit there. The president’s sudden illness almost led to his emergency evacuation to Germany, our Presidency source said.

Mr. Jonathan is due in Paris for the summit billed for December 6th and 7th. But our source stated that Mr. Jonathan’s ability to make the trip will depend on the prognosis of his condition and the advice of the German doctors who will be treating him.