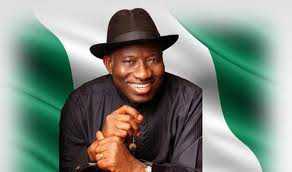 President Goodluck Jonathan said Monday that criminals masquerading as pastoralists has waged war against the country while activities of insurgents seriously over stretched the nation’s security and adversely affected the nation’s economic growth.

The President who spoke in Kaduna at the opening of an International Conference on security and development challenges of pastoralists in West and Central Africa said that all stakeholders in the country must rise to the occasion and work for the peace and stability of the country rather than resort to violence.

Represented by Vice President Mohammed Namadi Sambo, the President said that the resilience of the pastoralists has ensure that the plan by those he regarded as enemies of the state does not come to pass, adding that the objective of those fighting against the nation has not materialised owing to resilience by the pastoralists and if that

objective was t be realised, it would have at a great cost to our country

According to him: “The frequency of drought in the northern part of the country has enhanced constant movement towards the southern parts of the country in search of greener pastures. The movement has exposed pastoralists to lots of challenges and loss of herds due to rustling, diseases and associated conflicts.

“The intensity and diversity of conflicts over the last few years has reached an alarming proportion with attendant loss of lives and property. This has unfortunately, been more predominant in Plateau, Kaduna, Nasarawa, Benue and Taraba states. Other northern states are also not free from these security challenges.

“Such challenges have also been reported in some states in the southern parts of this country. The seed of conflict has continued to pose serious challenges to the nation’s security and economic growth. We are all aware of the threat posed to the nation by activities of insurgents, some relying on the lingering pastoralist/farmers clash and masquerading as pastoralists who wage war against the state.

“Lately, this objective is yet to be fully realised owing to resilience by the pastoralists and if that objective was t be realised, it would have at a great cost to our country. I call on stakeholders, community leaders, religious leaders, youth groups and political leaders to continue to provide atmosphere for peace and brotherhood rather to resort to conflict and violence which serves no useful purpose”.

He said further that as part its transformation agenda, the agricultural sector is undergoing massive transformation with the main focus of developing agriculture as a business aimed at turning the nation into a global agricultural power house; a scheme that is vigorously being pursued by the government. He noted that the agricultural sector has contributed an average of 40 percent to the nation’s GDP between 2011 and 201, adding that “It currently employ about two third of the nation’s labour force and has sustained a position as the highest non oil export, contributing 47.17 percent in 2011 and 45.49 percent in 2012.

“The Ministry of Water Resources has also attracted a loan of about 450 million dollars to develop irrigation schemes and other sundry activities. The funding is to fund the agricultural transformation agenda and support employment generation and wealth creation within the agricultural value chain”.

The government, he said will continue to encourage pastoralist to engage in more viable and productive system that will benefit the pastoralists, farmers and the country in general, stressing that this cannot be achieving without the cooperation of all stakeholders.

In his remarks, the Minister of Agriculture, said there was the need for a regional solution to the constant clashes between farmers and pastoralists, pointing out that climate change has led to higher frequencies of drought and desertification in some of our negbouring countries, as pastoralists from there move down to Nigeria in search of pasture.

According to him, when they arrive and are unable to find sufficient grazing areas, the migrant pastoralists move into any green area, into farms where their animals wreak havoc, saying “there have been reports of some of these migrant foreign pastoralists carrying dangerous weapons and assault riffles.

“This is not the usual pastoralists that we know in Nigeria, who for decades have lives in harmony with their communities, criminality has increased especially with the menace of cattle rustling. The issue is no longer an agricultural problem. It is a national security problem and we need an integrated set of solutions that include agriculture and security”.