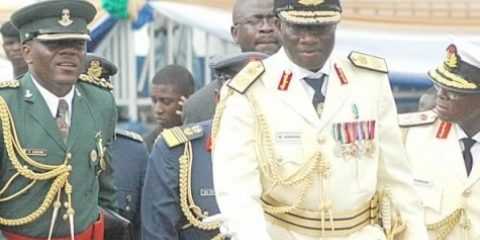 President Goodluck Jonathan has continued sending emissaries to help him convince his newly appointed Minister of Defence, Aliyu Gusau, to rescind his resignation.  The Minister was barely one week old on the job when he resigned today following an ominous blowout with the country’s military chiefs.

As previously reported by SaharaReporters, Mr. Gusau followed up his decision, which reportedly shocked Mr. Jonathan, by refusing to attend the weekly cabinet meeting.  Presidential spokesperson, Reuben Abati has claimed Gusau did not attend the meeting because he “had a flu.”

However, SaharaReporters had spoken earlier with the Minister of State for Defence, Senator Musikilu Obanikoro, who confirmed there was a disagreement between the new Minister and the military top brass, although he tried to downplay it by describing it as “slight.”