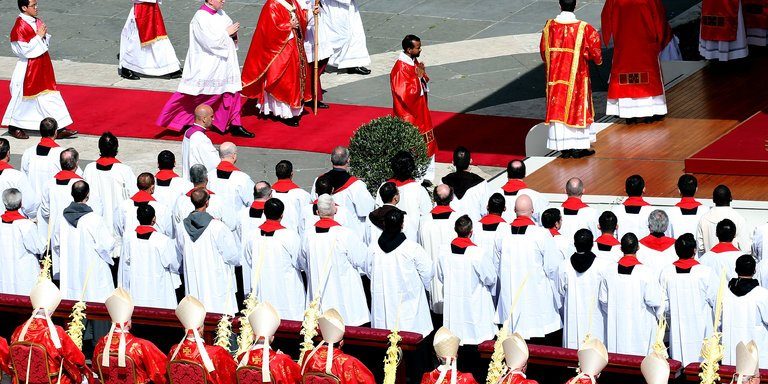 OTTAWA — Despite a personal appeal from Prime Minister Justin Trudeau, the Roman Catholic Church has said that Pope Francis will not apologize for its role in a Canadian system that forced generations of Indigenous children into boarding schools.

The residential school system, as it is commonly known in Canada, was described as a form of “cultural genocide” by a national Truth and Reconciliation Commission in 2015 that also concluded that many students were physically and emotionally abused.

Among its 94 recommendations was a call for an apology from the pope. The Catholic Church, along with several Protestant denominations, operated most of the schools for the government.

“The Holy Father is aware of the findings of the Truth and Reconciliation Commission, which he takes seriously,” Bishop Lionel Gendron, who is president of the Canadian Conference of Catholic Bishops, wrote in an open letter to Canada’s Indigenous people released on Tuesday. “After carefully considering the request and extensive dialogue with the Bishops of Canada, he felt that he could not personally respond.”

The pope and others before him have issued apologies in other situations. The Vatican did not respond to an email seeking comment late Wednesday night.

Perry Bellegarde, the national chief of the Assembly of First Nations, Canada’s largest Indigenous group, said he was disappointed by the church’s decision and would continue to press the Vatican for an apology.

“We don’t give up,” Chief Bellegarde said. “It would be a great act of healing and a great act of reconciliation if it were to happen. Let’s see if we can alleviate their fears, whatever they are.”

During a visit to the Vatican last May, Mr. Trudeau asked Francis to issue an apology. On Wednesday, the prime minister also expressed disappointment, telling reporters in Ottawa that his government would keep working on reconciliation“because we know taking responsibility for past mistakes and asking forgiveness is something that is core to our values as Canadians.”

The Anglican, Presbyterian and United churches in Canada, which also operated residential schools, issued apologies in the 1990s. Ten years ago, Stephen J. Harper, the Conservative prime minister at the time, apologized on behalf of the government and established the reconciliation commission.

Chief Bellegarde said that the pope’s direct apology in 2015 during a trip to Bolivia for “grave sins” committed by the church against Indigenous people in the Americas gave him confidence that a similar apology over residential schools was still possible.

The schools operated from 1883 until the last one closed in 1998. The commission found that children were severely punished for speaking Indigenous languages or following their cultural practices. It concluded that 3,201 students died while in the schools, often from mistreatment or neglect. About 80,000 former students are still alive.

Pope Francis has tried to decentralize authority away from the Vatican and giving more authority to local bishops. And while some in the Vatican bristle at the notion that the pope should have to answer to a request of a secular government, the more important factor could be what guidance came from the bishops in Canada.

“The big question is what is the position of the Canadian bishops on this,” said Thomas Reese, a veteran Vatican watcher and senior analyst at Religion News Service. “If the bishops are saying ‘Don’t do it,’ he is getting mixed signals and he tends to support the local bishops.” Mr. Reese added that “for him to turn down the bishops and the government, that would be noteworthy.”

Some in the Vatican have worried about the legal implications of apologies in cases with potentially large damages. About 50 Catholic organizations agreed to a financial settlement in the case of residential schools but were unable to raise enough money to fully cover the commitment. A 2015 court ruling released them from fulfilling the agreement.

Yet popes have recently made a habit of public apologies.

After apologizing for Catholic involvement in the slave trade, the church’s treatment of Jews and treating Galileo as a heretic, Pope John Paul II issued in 2000 a sweeping blanket request for forgiveness for the church’s sins over the past 2,000 years. “Recognizing the deviations of the past serves to reawaken our consciences to the compromises of the present,” John Paul II said.

In 2010, Pope Benedict XVI apologized with “shame and remorse” to the victims of decades of sexual abuse by Catholic priests in Ireland.

In addition to his apology in Bolivia, Francis asked for forgiveness in 2017 for the church’s role in the 1994 Rwanda genocide. As recently as January, Francis apologized to Chilean victims of abuse, though he created a larger problem for himself and his pontificate when he defended a Chilean bishop accused of covering up that abuse.

Ian Austen reported from Ottawa, and Jason Horowitz from Rome.

A version of this article appears in print on March 29, 2018, on Page A7 of the New York edition with the headline: Pope Is Not Apologizing To Aboriginal Canadians. Order Reprints| Today's Paper|Subscribe