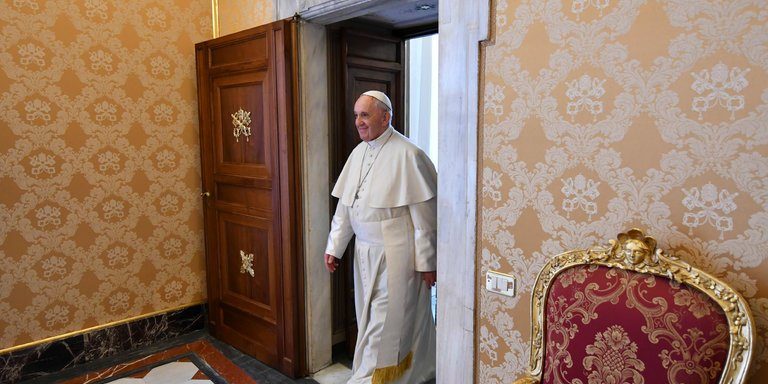 ROME — Pope Francis has apologized for “grave errors” in the handling of sexual abuse cases in Chile, where he had adamantly defended a bishop accused of covering up abuse by the country’s most notorious pedophile priest.

In an extraordinary letter to the bishops of Chile, published on Wednesday, a remorseful pope then invited representatives of the abuse victims to Rome so that he could personally apologize. Francis has endured intense criticism over accusations that he had a blind spot on the issue of sex abuse in the Roman Catholic Church.

A spokesman for the Chilean bishops’ conference said that some of the victims would go in the coming weeks, and that the pope would individually ask for their forgiveness. Francis in the letter also summoned the country’s 32 bishops to meet at the Vatican in May — an exceptionally large gathering of bishops — to discuss clerical sex abuse.

In the pope’s letter, which he signed on Sunday, he said that a delegation led by Archbishop Charles J. Scicluna, a Maltese prelate who has been called the Vatican’s Eliot Ness in fighting clerical sex abuse, had taken the testimony of 64 people in Santiago and New York and produced more than 2,300 pages. The result, Francis wrote, was his being “moved to write this letter.”

“As far as my role, I acknowledge, and ask you to convey faithfully, that I have made grave errors in assessment and perception of the situation, especially as a result of lack of information that was truthful and balanced,” wrote Francis, 81. “From this time I ask forgiveness to all those that I offended and I hope to do so personally, in the following weeks, in meetings that I will hold with representatives of the people who were interviewed.”

In a visit to Chile and Peru in January, the pope made a spirited defense of Bishop Juan Barros Madrid that seemed to disregard the testimony of abuse survivors, who had long claimed the prelate had witnessed and covered up abuse by his mentor, the charismatic priest the Rev. Fernando Karadima. The pope said he had seen no “proof” of a cover-up.

Then, in an attempted apology on the flight back to Rome, Francis made a strange distinction between proof and evidence, and reiterated accusations of “calumny” against the bishop’s accusers. He revealed that he had twice rejected the resignation in recent years of Bishop Barros, whom he appointed to the small diocese of Osorno in 2015.

“I am also convinced he is innocent,” Francis added on the flight.

But one of the pope’s top advisers, the leader of his commission investigating abuse, Cardinal Sean O’Malley of Boston, distanced himself from the pontiff. And it then emerged that Cardinal O’Malley had hand-delivered a victim’s letter to Francis with a graphic account of how Bishop Barros had observed abuse by a priest. The letter seemed to contradict the pope’s claim that he had received no evidence.

The pope’s belief in the bishop’s innocence over the victims’ accusations outraged advocates for abuse survivors, and gave ammunition to those who said the usually politically deft pope had a tin ear when it came to sex abuse. All that pressure prompted Francis to send Archbishop Scicluna to Chile in January “as a result of some information received regarding the case,” the Vatican said at the time.

The pope’s letter released Wednesday had an entirely different tone. He wrote that the investigators sometimes felt “overwhelmed” by “so many victims of grave abuses of conscience and of power and in particular of the sexual abuses committed by various clergymen of your country against minors, who were robbed of their innocence.”

In Chile, the church hierarchy followed his lead. Msgr. Santiago Silva said church leaders “share the pain of Pope Francis,” and added, “we haven’t done enough. Our commitment is that this will never happen again.”

One of the victims, Juan Carlos Cruz, said of the pope’s letter, “It seems like he is ready to make some much-needed changes that will not only affect the church in Chile, which is in dire need of new bishops, and stop the cover-up of sexual abuse, but it would also send a sign to all the world that zero tolerance is zero tolerance.”

The Vatican has repeatedly argued that it is serious about cleaning up what Pope Benedict XVI once called “filth” in the church. On Saturday, the Vatican police arrested Msgr. Carlo Alberto Capella, a former diplomat at its embassy in Washington, where he was suspected of possessing child pornography. The Vatican had recalled him in September amid an investigation by American law enforcement officials, who had sought to strip him of his immunity.

On Wednesday, the pope seemed to seek a silver lining in what has become a black cloud over his pontificate and the Chilean church. “I assure you of my prayers and I want to share with you the conviction that the present difficulties are also an occasion to re-establish the trust in the church, broken by our mistakes and sins, and to heal wounds that haven’t stopped bleeding in Chilean society,” he wrote.

Austen Ivereigh, the author of a papal biography, “The Great Reformer: Francis and the Making of a Radical Pope,” also seemed intent on finding some good in the painful chapter.

“He’s shown he’s determined to defend the innocence of a bishop if there isn’t convincing evidence,” he said of Francis. “But when there is, he’s willing to say sorry and act.”

A version of this article appears in print on April 12, 2018, on Page A4 of the New York edition with the headline: Pope Admits ‘Grave Errors’ in Addressing Abuse. Order Reprints| Today's Paper|Subscribe