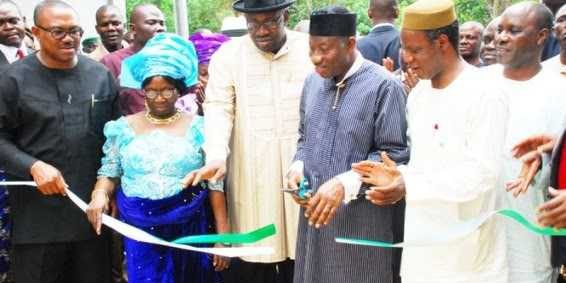 The unending spectacle that is Nigerian politics took a turn for the worse over the weekend when Federal University, Otuoke, Bayelsa State, yesterday played host to President Goodluck Jonathan, who was at the campus to commission 20 self-contain flats donated to the newly established institution in Ogbia Local Government Area by Madam Eunice Ayi Jonathan, his mother.

Where and how the President’s mother got the money to finance such a project remains a mystery to keen observers of the Nigerian politics. That the President and his advisers chose to publicise this initiative may lend credence to the fact that the money for the financing of the hostel was legitimately acquired.