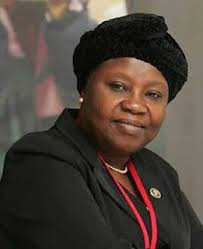 As the Chief Justice of Nigeria, CJN, Justice Mariam Aloma Muhktar, intensifies effort to weed out corrupt elements from the judiciary, a retiring Justice of the Supreme Court, Justice Stanley Shenko Alagoa, yesterday, admitted that some judges collect bribe from politicians and traditional rulers to pervert the course of justice.

Speaking at a valedictory court session that was held in his honour at the apex court yesterday, Alagoa who is bowing out of active judicial service after clocking the 70 years mandatory retirement age, disclosed that politicians often resort to intimidation and harassment in their uncanny bid “to influence judges to depart from their sacred oath of office and the path of honour and rectitude.”

According to him, “I will be failing in my duty especially at this time if I do not say a word or two about allegations of corruption in the judiciary. Time was when this canker worm was confined to the Magistracy and Customary or Native Courts. With time it is said to have spread and has now gained ground in the High and some say appellate Courts.

This trend must be worrisome to any discerning person as some highly placed persons including distinguished and respected retired Justices of the Supreme Court and other legal luminaries have expressed grave concern over this ugly trend.

“The greatest challenges to the judiciary are politicians followed by businessmen.

Traditional rulers must also share in the blame. It is this class of persons that bribe, intimidate, harass or influence judges to depart from their sacred oath of office and the path of honour and rectitude.

“A judge who hobnobs with this group may well be unwittingly allowing his position to be compromised and possibly jeopardized. A judge must hold fast to his faith in God and be bold. This done, these class of persons, like bees can only buzz around but must certainly lack the power and ability to sting.

“A necessary first step is the selection process. Only men and women of proven integrity and courage should be picked to sit on the bench,” he added.

His revelation came on a day the body of Senior Advocates of Nigeria, warned against frequent change of headship of the apex court.