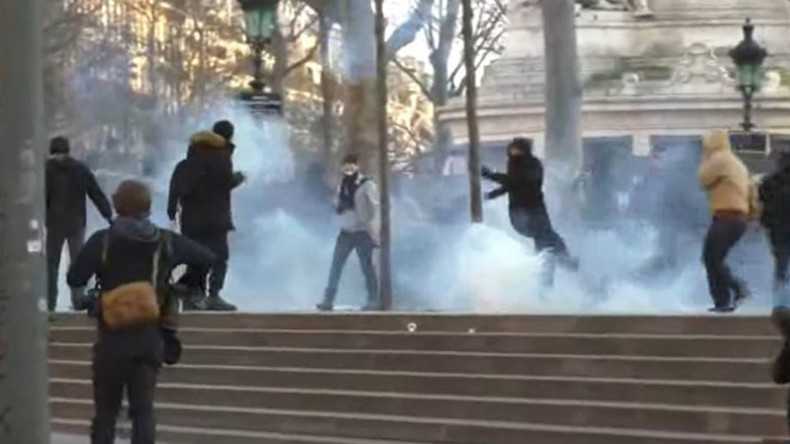 The rally was being held at the Place de la Republique in eastern Paris, where police have set up a security cordon.

It is the latest in a series of similar gatherings in the French capital over the course of February, which have previously ended in violence.

Although the protest officially ended at 4:15pm local time, many participants continued to linger at the site, and clashes broke out with police after projectiles were thrown, leading to teargas being deployed.

A number of marchers were holding up signs saying “Justice for Theo,” referring to a 22-year-old black man who was allegedly raped and assaulted by police officers using a baton on February 2, during what was said to be a routine ID check. ‘Theo,’ a local youth worker whose full name has not yet been released, then spent two weeks in the hospital.