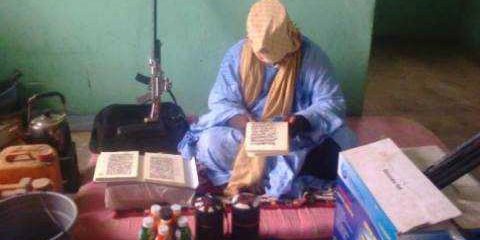 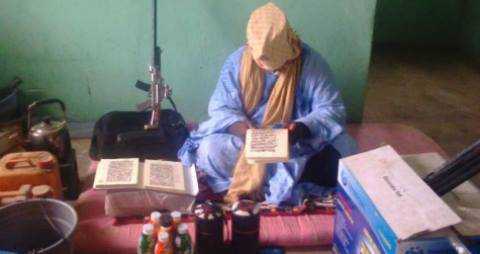 Two persons, said to be teachers at the New Horizon Academy, a school attached to the Aba Central Mosque in Abia State, and who were among the 15 persons arrested on Monday when soldiers raided some mosques in Aba allegedly in search of bombs, are still under detention.

This is even as the Chief Imam of the mosque, Alhaji Idris Bashir, who was arrested alongside 15 others on Monday but later released, was re-invited to the Ngwa High School military base at 4.00pm yesterday by soldiers.

The two teachers still being detained by the army as at the time of filing the report are Abdulraham Sani, the director of the school and Chemistry teacher, and Abdulmajid Abubakar, the Principal/ English teacher.

It would be recalled that two Imams and 13 other members of the Muslim community in Aba, the commercial hub of Abia State, were on Monday arrested by soldiers over alleged suspected bombs.

While the 13 of the arrested 15 muslim leaders have been released, the two teachers are still being detained at a military facility based on what the chief imam, Alhaji Bashir said was the discovery of chemicals used by students of the school for their practicals.

Bashir said after they were arrested on Monday, that they were first taken to the Ngwa Road Forward Operation Base, FOB, before transfer to the headquarters of 144 Battalion of the Nigerian Army, where after interrogation, 13 of them were released.

The chief imam, who spoke to our correspondent shortly before going to honour the invitation by soldiers, on Tuesday evening, appealed for the release of those still being detained, as according to him, they do not possess any bomb.”

The former Abia State Amir-Ulhajji and deputy chairman of the Muslim community in Aba, Alhaji Musa Iheakaram, while speaking to newsmen on Tuesday evening, frowned at the re-invitation of the chief imam by soldiers.

Iheakaram alleged that 12 soldiers on Tuesday came to the central mosque in two Hilux vans, and after some discussions with the chief imam, re-invited him to their base.