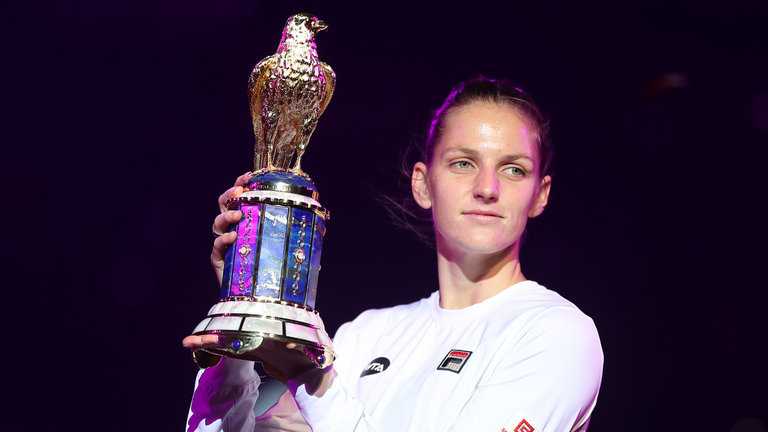 Karolina Pliskova stormed to her second WTA title of the year, beating Caroline Wozniacki 6-3 6-4 in the Qatar Open in Doha on Saturday.

The 24-year-old Czech, seeded number two, took just under an hour and 20 minutes to end the former world No 1’s hopes of a first success of 2017, breaking the Dane’s serve in the opening game and rarely looking back.

She took the first set comfortably after racing into a 4-1 lead, dropping her serve just once in a mid-set stumble. But the second was a far tighter affair before Pliskova ended the match as she had begun it, by breaking Wozniacki’s serve.

Pliskova felt beating Serena Williams on the way to the US Open final last year was a turning point in her career, which has seen her add two WTA titles already in the opening six weeks of 2017 to bring her total haul to eight.

After winning the Brisbane International in January, she rose to third in the women’s rankings, while Wozniacki – a US Open finalist in 2014 – is currently 18th.

“I’m having a great start to the year, which is always important” said Pliskova before receiving her trophy in Doha.

“Last year was a breakthrough. (Reaching) the US Open final was my biggest result. It gave me a lot of confidence.”

Wozniacki conceded Pliskova deserved her victory, but she said: “I’ve been proud of how I’ve been playing this week. I’m disappointed with the loss, but Karolina has been playing well.

“She deserved this one, but I’m going to try to get my revenge next time.”