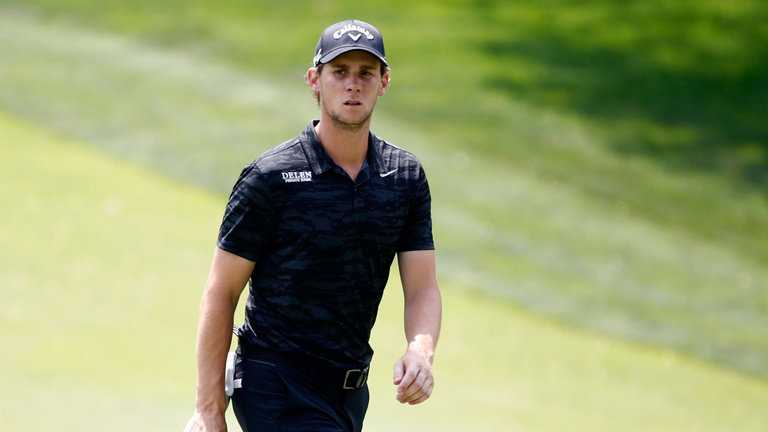 Thomas Pieters headed a strong European challenge as Rory McIlroy made an encouraging start with his new caddie on the opening day of the WGC-Bridgestone Invitational.

Pieters ended the round with a one-shot lead on five under after a bogey-free 65 despite finding only five of 14 fairways, while Russell Knox is alone in second with McIlroy, Open champion Jordan Spieth and rising star Jon Rahm among the group on three under in a congested leaderboard at Firestone Country Club.

Defending champion Dustin Johnson and world No 2 Hideki Matsuyama also fired sub-70 rounds, but Masters champion Sergio Garcia and runner-up Justin Rose both have ground to make up on the leaders as they struggled to a pair of 72s.

Pieters was long, although wayward off the tee but made up for his lack of accuracy with some pinpoint iron play coupled with an impressive short game, picking up his first birdie at the 14th – his fifth – after a cracking approach to within three feet.

The powerful Belgian almost holed his third to the par-five 16th and tapped in for another birdie, and he drained a 20-foot putt for a three at the first before getting up and down from sand at the next to move into a share of the lead.

Pieters then made a number of clutch par saves before finishing on a high, draining a 35-foot putt for a closing birdie at the ninth to edge one shot ahead of Knox, who dropped his second shot of the day at his finishing hole.

The Scot was one under for the back nine before following a birdie at the first with a superb eagle at the second as he pitched in from 75 yards, and he holed a long putt at the eighth to get to five under only for a poor drive to lead to a bogey at the ninth.

McIlroy, playing his first competitive round since ending his nine-year partnership with caddie JP Fitzgerald, clearly enjoyed having best man Harry Diamond on the bag as well as working out his own yardages in a solid 67.

The 2014 champion, who had Spieth and Jason Day for company, holed from 25 feet for birdie at the 11th before giving the shot back at the 13th, but a precise wedge to four feet set up a three at the 18th and further gains at the second and third followed.

McIlroy nailed another confident putt at the sixth, but he tugged his approach to the ninth and three-putted from 50 feet to slip back into the group on three under alongside Spieth, Rahm, Bubba Watson, Ross Fisher and Kevin Kisner.

Rahm became only the second player to eagle the 667-yard 16th since 2008 when his monster 55-foot putt found the bottom of the cup, while Spieth’s first card since lifting the Claret Jug at Royal Birkdale featured five birdies and two bogeys.

Fisher was one over for the day after 10 holes before lifting his spirits with a chip-in for eagle at the second, and pure irons to close range at the fifth and ninth set up birdies as the English veteran joined the tie for third place.

Johnson birdied 10, 16 and 18 to cruise to the turn in 32, but he struggled for consistency on the front nine as he sandwiched further birdies at the second and third with a pair of bogeys, and a wild drive into deep trouble at the eighth cost him another shot.

The world No 1 was joined on two under by reigning PGA champion Jimmy Walker and 2013 Masters winner Adam Scott, who failed to build on an outward 31 and bogeyed four of the last six holes, while Matsuyama put together a colourful 69 which included seven birdies – four of them in a row from the 13th – and six bogeys.