Phys Ed: Those 2-Minute Walk Breaks? They Add Up 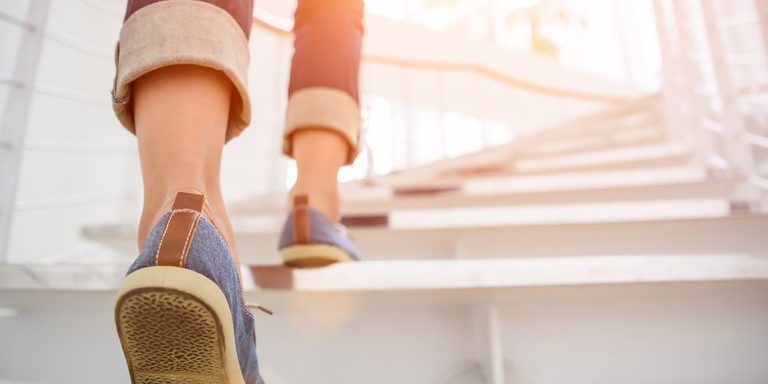 Those 2-Minute Walk Breaks? They Add Up

Walk for two minutes. Repeat 15 times. Or walk for 10 minutes, thrice. The benefits for longevity appear to be almost exactly the same, according to an inspiring new study of physical activity patterns and life spans.

It finds that exercise does not have to be prolonged in order to be beneficial. It just has to be frequent.

Most of us who are interested in health know that federal exercise guidelines recommend we work out moderately for at least 30 minutes per day at least five times per week in order to reduce our risks of developing many diseases or dying prematurely.

These guidelines also recommend that we accumulate those 30 minutes of daily exercise in bouts lasting for at least 10 minutes at a time.

The guidelines, first published in 2008, were based on the best exercise science available at the time, including several studies indicating that if exercise sessions were briefer than 10 minutes, they would not increase people’s aerobic fitness, meaning their athletic endurance.

But improving endurance is not the same thing as improving health.

So when scientists and governmental regulators recently began planning a major update to the 2008 exercise guidelines, they decided, as part of their research, to gather the latest studies about exercise bouts and how long workouts should last in order to benefit health.

Somewhat to their surprise, they found only a few relevant, large-scale, recent studies, and most of these relied on people’s notoriously unreliable memories of how active they had been.

So, some of the scientists working on the new exercise guidelines decided that they would need to mount a major new study themselves.

They began by looking for reliable and objective data about ordinary people’s exercise habits.

They found it in the National Health and Nutrition Examination Survey, conducted annually for decades by the Centers for Disease Control and Prevention. It details the lifestyles and health of tens of thousands of American men and women.

Since 2002, some of the participants in N.H.A.N.E.S. have worn accelerometers to precisely track how much and when they move throughout the day.

For the new study, which was published this month in the Journal of the American Heart Association, the scientists chose data about 4,840 men and women past the age of 40 who had worn activity trackers.

Using the accelerometer readouts, the scientists determined how many minutes per day, in total, each person had spent in moderate or vigorous physical activity. They defined moderate activity as, in essence, brisk walking, and vigorous activity, which was rare, as workouts similar to jogging.

(Originally, the scientists had planned to focus on 10-minute exercise bouts, as currently recommended, but so few of the 4,840 people were active for 10 minutes at a time that the researchers lowered their definition of an exercise “bout” to five minutes.)

Finally, they crosschecked death records to determine whether and when participants died through 2011.

The scientists found that moving strongly influenced longevity. The men and women who were the least physically active, exercising moderately for fewer than 20 minutes a day, were at the highest risk of premature death.

Those who moved more often, especially if they managed about an hour in total of physical activity over the course of the day, cut their mortality risk in half, the researchers found.

And it did not matter how they accumulated those minutes. If people walked continuously for five minutes or longer, meaning in exercise bouts, they lowered their risk of dying young.

But they gained the same benefit if they walked sporadically in short but repeated spurts, as long as they moved often.

“The message is that all physical activity counts,” says Dr. William Kraus, a professor at Duke University who conducted the study with researchers from the National Cancer Institute.

“The little things that people do every day,” like walking from their cars to the office or climbing a flight of stairs, “can and do add up and affect the risk for disease and death,” he says.

Of course, this was an epidemiological study, meaning that it can show only that more physical activity is associated with a longer life, not that it directly causes people to live longer.

The study was also short, in terms of how long it followed people.

But the results, which will be considered as scientists and experts plan changes later this year to the formal exercise guidelines, are encouraging, Dr. Kraus says.

“If you can’t go for a long walk,” he says, “a few short walks are likely to be just as good for you.”