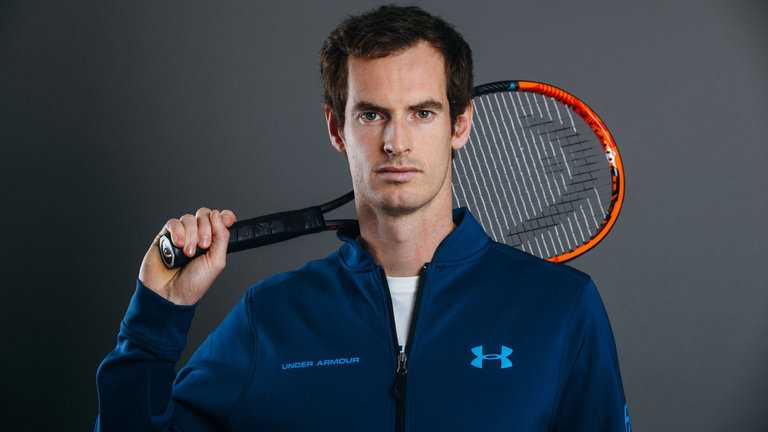 Mark Petchey calls it down the line as we prepare for the first Masters 1000 tournament of the year at the BNP Paribas Open in Indian Wells.

Andy Murray will be looking to claim his maiden title in the California desert, but faces stiff competition from his closest rival Novak Djokovic as well as Roger Federer, Rafael Nadal and Stan Wawrinka.

Then there are the hopefuls, while on the women’s side of the draw, Jo Konta will be flying the flag for Britain.

We’ve asked Petchey the questions, and he’s been forthright with his answers, as ever.

What’s so special about Indian Wells?

The magnitude of it and the prominence it has in players’ minds with the significance of it being the first, big hard court Masters 1000 of the year post-Australia.

Owner Larry Ellison has come into tennis, which has a lot of tradition and history, with a businessman’s view, an entrepreneurial view that perhaps not all people have managed to do at the Masters 1000 level and I think he’s encouraged us to think differently.

It helps when you have a fairly vast wallet to go with that, but at the same time I think Larry has encouraged us to think whether or not the calendar is in the right place or not. Are there more people like him willing to get into tennis that could potentially re-energise the calendar?

Why hasn’t Andy Murray performed in the California desert?

I think it’s mystifying to everyone including Andy, to be honest, as to why things haven’t gone a little bit better. The longer things don’t go well in a certain location, then it plays on your mind.

In many ways you feel the conditions there should suit him, particularly having done so well in Dubai.

For a number of years, Andy has had significant losses in Australia, in the final and I think for a champion of his quality those are very hard to digest, internalise and get over in a short period of time.

A couple of times he’s played in the Davis Cup which also impact his ability to recover, recuperate, get himself in the right frame of mind for Indian Wells.

Australia didn’t go the way he’s liked, but Dubai has, and he’s had time to rest the body and mind prior to this year’s Indian Wells. I really can’t see any reason why he won’t play well and I truly believe that this will be the year when he will put in another strong performance.

Will Novak Djokovic feel the heat?

Big connotations in terms of world No 1, but I think that will focus Andy’s mind massively in terms of the gap he can create.

For Novak, it’s trying to figure out what was right before and doing it – it’s literally as simple as that. When you look back at the years he dominated and the reasons why he dominated, it all seemed simple and uncomplicated.

It’s not just one thing troubling him, it’s two-fold with that sense of invincibility now gone. Players now walk on to court feeling like they have more of a chance than they did previously and that goes with him feeling unsure as to where his game is at.

It won’t take much, I can tell you that. People feel as though we’re witnessing his permanent demise, but I completely refute that. It could take this one tournament in the desert where he’s played so well before and things will click back into gear. He’ll be back to the guy who was so difficult to dislodge in most of the tournaments that he played in.

Can Federer and Nadal do it again?

Very bizarre loss in Dubai, but Federer can put that one behind him in a heartbeat. That happens over the course of a career and lots have gone his way.

The fact of the matter is that he’s at a different stage of his career where these tournaments are important, but they’re not essential. He’ll be wanting to put in good performances, but at the end of the day his goals will be to win Wimbledon or the US Open. These tournaments are more about making sure he stays engaged, match fit, fitness-wise and mentally-wise so that when he goes into the majors, he’s more assured.

Australia was a bit of an unknown, but it was a great unknown in the end.

From Rafa’s point if view, he knows he’s playing well enough to win it and I think that is a big comfort to him heading into this run of tournaments, particularly on the clay courts.

Staying fit and managing his schedule well will hopefully get him through matches stress free, but he’s back and he will be picking up a title very soon because he’s playing well enough to do so.

Grigor will look to build on his 2017 and is a guy that can win the tournament. He needs to be put in that conversation. He’s looked solid, not distracted, he looks like he’s hitting the ball great, he’s hungry for success and that is something these guys feed off. He wants more wins under his belt.

Zverev has the game to win it. I really think he can win Masters 1000’s already. His game is good enough, but he just needs to take the step. He’s played well this year, he’s strong and is now physically catching up to the better guys on the tour. He knows he’s good enough – it’s just a question of taking the step.

Nick has just become a magnet for the tour. I think that when he lights things up, like he did in Acapulco, there’s no better sight in tennis than him plying his brand of style. I think he’ll have a great season. You know he’s going to be great certain weeks, but you don’t know which weeks they’re going to happen. Only Nick knows and only Nick needs to know.

What about the rest of the Brits?

The court suits Dan Evans and Kyle Edmund for different reasons. Kyle’s got a big forehand which kicks off the surface. He’s got a big first serve which helps him get a lot of free points. He’s going to be tough to beat.

The subtleties that Dan brings to the court, he can utilise that. For me he has the best inch-for-inch serve on the tour in terms of the technique, but making enough first serves in those conditions can be a little bit more problematic for him. If he doesn’t make a high percentage of first serves then the desert conditions don’t suit him.

Jo Konta has proved herself for too long now. It’s just a question of putting her A-game on the court against the best players and if she does that she’ll pick up a big title.

Who wins the men’s and women’s titles?

Andy Murray wants to prove a point and he’s pretty epic at doing that. Even though the form book and history would suggest I would be wrong to make the suggestion.

Karolina Pliskova’s confidence is high at the moment. The world No 3 has won a couple of titles and has only lost two matches so far this year, so I would go with her.