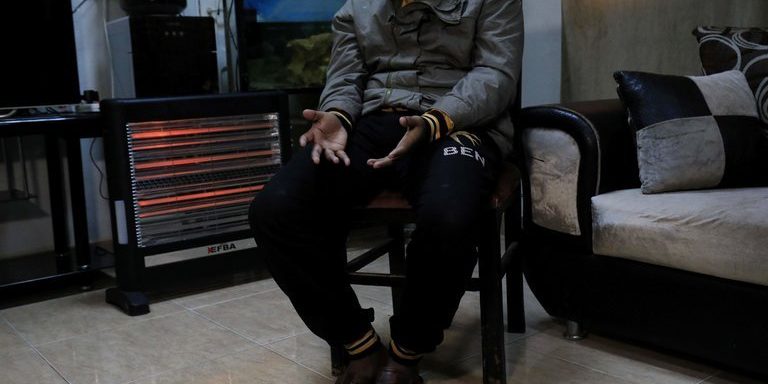 WASHINGTON — The United States military is spending about $1 million to help detain thousands of Islamic State fighters and their family members in makeshift camps run by Kurdish militias in northern Syria, pulling the Pentagon deeper into the war zone detention operations it has sought to avoid.

The dilemma is unfolding even as President Trump has pledged to withdraw the 2,000 remaining United States troops in Syria, many of whom are vetting the most dangerous detainees, and suspend more than $200 million in State Department recovery funds for the country.

Defense Department and Kurdish officials said several thousand detainees — including at least 400 fighters from more than three dozen countries and their families, as well as other Syrian militants — were being held in several camps. The American funding is paying to erect fencing, put bars on windows and otherwise secure schools and other buildings being used as temporary jails for fighters who were captured or surrendered after last year’s collapse of Raqqa, the Islamic State’s self-proclaimed capital.

Military officials insist American personnel are not strengthening the buildings or guarding the detainees themselves, just paying for it.

Critics fear the facilities could become breeding grounds for extremists and repeat a key security miscue of the Iraq war. But without the American assistance, the camps lack sufficient security to prevent jailbreaks of battle-hardened militants who could reinvigorate pockets of Islamic State fighters near Abu Kamal, a town in eastern Syria along the Iraqi border.

Syrian Kurdish officials said the camps were straining their capacity to oversee the dangerous fighters and rapidly depleting their budgets to pay for operations at the half-dozen sites in and around Raqqa. One senior American official said as many as 50 to 60 fighters were detained in a single room.

“The process has been tedious,” Kino Gabriel, a spokesman for the Kurdish-led militia known as the Syrian Democratic Forces, said by WhatsApp from Qamishli, Syria. “The interrogation is taking time, and filtering the prisoners has not been an easy task. We need all kinds of support from the international coalition.”

American diplomats and Pentagon officials are frantically trying to persuade countries to repatriate their citizen fighters who have been detained, but so far have had few takers.

“It is critical that countries take their citizens back and prosecute them in a timely manner commensurate with their crimes,” Nathan A. Sales, the State Department’s counterterrorism coordinator, said in an email. “We call on our partners to take responsibility for their citizens.”

The Islamic State has lost nearly all the territory it seized in Iraq and Syria in 2014. But American intelligence and military officials warn that the extremist group has pivoted to a deadly insurgency in areas it formerly controlled, and still holds sway with a potent appeal on social media for adherents from Europe to the Philippines to carry out attacks wherever they are.

Two commandos — one American soldier, one British — were killed in a roadside bombing last week in Manbij, a contested city in northern Syria.

“Although ISIS has been decimated in Iraq and Syria, its ideology still resonates globally,” David M. Cattler, the government’s national intelligence manager for the Near East, said last month. “ISIS is evolving and adjusting.”

Unlike suspected Islamic State militants seized in neighboring Iraq — mostly from the northern city of Mosul and surrounding areas — the detainees being held in the Kurdish region of Syria fall into a legal gray area and face an uncertain long-term fate.

Kurdish authorities are parceling out justice in ad hoc courts, but the region is still part of Syria, and Kurdish control is not internationally recognized.

In a hearing of the Senate Armed Services Committee last month, Senator Lindsey Graham, Republican of South Carolina, raised concerns about American culpability for the growing number of fighters in the custody of the Syrian Democratic Forces.

“Do you think we have a credible plan to detain these people?” Mr. Graham asked Gen. Joseph L. Votel, the head of the military’s Central Command, which oversees operations in the Middle East.

“We actually do have a plan to detain them on the ground,” General Votel said. He also noted the effort to repatriate the detainees.

“If they don’t go back to their countries, do you think we have a plan — credible plan — to detain them inside of Syria long term?” Mr. Graham asked.

“We are working on improving the capacity of the Syrian Democratic Forces to do that right now,” General Votel said. He offered no details, but a senior American military official said the Pentagon planned to spend about $1 million on the improvements. The funding, however, may now be in doubt, given Mr. Trump’s vow last week to withdraw troops and aid from Syria.

Still, the Pentagon has openly acknowledged the security problem.

“These aren’t necessarily the best detention facilities, in the sense of they are being held in Syria, and not in the most secure area,” Kathryn Wheelbarger, principal deputy assistant secretary of defense for international security affairs, said in February. “There were certain days where we are seeing 40 to 50 a day were being captured, so a capacity problem is very real.”

Teams of specialists from the International Committee of the Red Cross have visited the detention sites in Syria. A spokeswoman for the organization, Anna Nelson, declined to comment on the conditions in the camps, following organization policy.

Kurdish officials have said that conditions in the camps meet international standards, especially for women and children, and that Kurdish authorities were sorting out combatants from local civilians who were pressed by the Islamic State into administrative or medical jobs, and could be safely released.

United States Special Operations troops advising the Kurdish-led militia are cataloging fingerprints and other so-called biometrics of the more than 400 suspected foreign fighters in at least three camps near Raqqa. The American forces are also interrogating the detainees to learn more about foreign fighter networks and threats to their home countries.

“They’re taking the time to go through the prisoners and know who they are,” Mr. Cattler said during remarks at the Washington Institute for Near East Policy. “It’s critically important.”

Indeed, American officials were able to identify through biometric screening two British men infamous for their role in the Islamic State’s imprisonment, torture and killing of Western hostages.

The men, Alexanda Kotey and El Shafee Elsheikh, were part of a group of four Islamic State militants known as the Beatles because of their British accents. They were the last two members of the group to remain at large.

American military officials and human rights advocates see parallels between the evolving detention situation in Syria and the Iraq war. Militants, including Abu Bakr al-Baghdadi, the current leader of the Islamic State, were held for years at Camp Bucca, a sprawling American detention center in southern Iraq where they became more radicalized.

One of the main reasons to strengthen the makeshift camps in Syria is to prevent any jailbreaks, like one in February in which a handful of Islamic State fighters escaped, military officials said.

A series of daring but little-noticed breakouts from Iraqi prisons several years ago freed hundreds of hardened militants who are now among the leaders and foot soldiers of the Islamic State and other radical Sunni groups operating in neighboring Syria and, increasingly, in Iraq itself.

That group even had a name for its prison strategy, Operation Breaking the Walls, which unfolded during a 12-month campaign from July 2012 until a major break at Abu Ghraib, the main Iraqi prison, on the western outskirts of Baghdad, in July 2013.

Eventually, some 40,000 fighters from more than 120 countries poured into the battles in Syria and Iraq over the past four years, American and other Western officials said. While thousands died on the battlefield, officials said many thousands more probably slipped away to conflicts in Libya, Yemen or the Philippines, or went into hiding in countries like Turkey.

About 295 Americans are believed to have traveled to join the extremists in Iraq or Syria, or tried to, United States officials said.