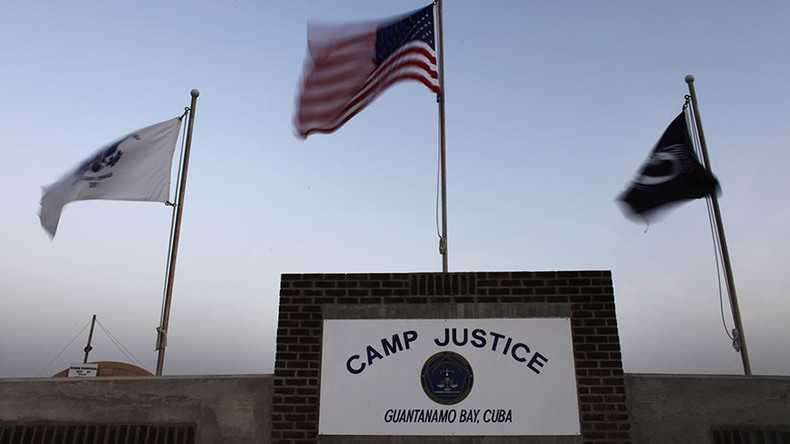 In the lawsuit, they charge the US Navy with failing to properly investigate health hazards following reports of unusually high cancer rates at Camp Justice – the war court complex where legal teams work on the cases of alleged terror detainees, according to the McClatchy Washington Bureau.

The complaint cites the Navy’s “unreasonable delay” in assessing known environmental hazards such as mercury and formaldehyde, and its “arbitrary and capricious determination that… personnel must live and work in the contaminated areas of Camp Justice before a proper investigation and appropriate remediation are completed.”

Camp Justice, which houses the lawyers and their aides in trailers, is built upon a former airstrip that was a jet fuel dumping site and is surrounded by older buildings that contain asbestos.

The complaint claims the Navy neglected to test 84 out of 100 units in the Cuzco trailers for formaldehyde. The presence of cancer-causing agents has long been a cause of anxiety among the military defense teams who represent terror detainees at the prison.

“This is an abandoned runway that contains toxins that are known to cause serious disease and death,” Michael Schwartz, a former US air force captain, who represents Walid Bin Attash, told The Tornoto Star.

Attash is a Yemeni alleged to have run an Al Qaeda training camp in Logar, Afghanistan where two of the 19 hijackers was trained.

“This really is having a human level impact on people who have signed up to do this work,” Daniel Small, a partner at Cohen Milstein Sellers & Toll, which represents the plaintiffs in the case told the Miami Herald.

Attorneys are asking the military to complete the testing and do a proper risk assessment and apply the required health standards.

The filing comes nearly two years after a former Guantanamo attorney, who in July 2015 asked the Pentagon to investigate whether the war court compound was linked to seven cases of cancer among service members and civilians who worked there.

A Miami Herald investigation found a dozen people who had suffered a wide range of cancers including brain, colon, stomach and appendix cancer.

High-ranking officials and judges and civilian attorneys usually stay in hotel-style guest accommodations but the military defense team is assigned to a trailer part set up on an abandoned airstrip.

A US Navy report which looked at contaminants around the complex, the offices used by attorneys, and the hangar where reporters work was inconclusive about the presence of carcinogens.

“At this time, the potential cancer risk and non-cancer health effects associated with Camp Justice and any final conclusions [and risk management actions] cannot be determined,” said the Navy-Marine Corps risk assessment in February 2016.

The military said it would assess the potential impact of this range of cancer-causing agent and check the health files of 700 people who worked at the site.