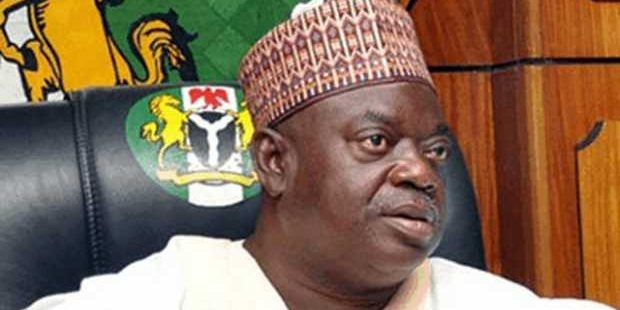 Governor Babangida Aliyu has accused the Presidency of not honouring the agreement reached with the seven aggrieved Peoples Democratic Party, PDP, on Sunday.

He said by this development, the Goodluck Jonathan leadership has proved its insincerity in resolving the lingering crisis in the ruling party.

Aliyu also appealed to the northerners not to be afraid of a national conference which could be convened to resolve the issues affecting the peace, unity and progress of the nation.

The governor, who stated these during the workshop organised by the state Ministry for Tertiary Education for members of the National Association of Niger State Students,

NANISS, in Minna, the state capital, decried a situation where members of the PDP met to iron out the crisis rocking it and agreed that there should be a ceasefire, only to read what was agreed on the pages of newspapers.

“As Holy as Sunday, we sat as members of the Peoples Democratic Party, PDP, to resolve the issues and we agreed that no more outside wars, but what happened? Before we even left the meeting place, some people have started sending information to newspapers and other media outlets. That is not right.

On renewed calls for a sovereign national conference by some Nigerians, he noted that such a move would entail all elected politicians vacating their positions and handing over to a committee that will be in charge of the conference, should the nation decide to go for it.

He said: “Those calling for sovereign national conference must understand the implications of that. You cannot have two sovereignties in one place.”

“Yes, we can organise it and then send it to the appropriate organ to deliberate upon. I will love a national conference that will look at our constitution and really give us justice, equity and fairness in our body politics and in our national life”.

Aliyu insisted that the North is not afraid of the convocation of a national conference because it believes it will move the country forward.

According to him, “A lot of people are making it look like the northern states are afraid of conference, which is not true, we are not. Let us come and talk, let us come and look at our problems if it means restructuring the country, let us come and do it but we must not be hoodwinked.

The new PDP has kicked against the plot to impeach the National Assembly leadership.

The faction in a statement by its National Publicity Secretary, Chief Eze Chukwuemeka Eze: “We have learnt of the sinister plot to impeach both the Senate President, Senator David Mark, and Speaker Aminu Tambuwal in connection with the visit of the progressive Governors and the National Working Committee, NWC, of the new PDP to the National Assembly on Tuesday, September 17, 2013.

“To us, this plot by the hawks in the Presidency is politics taken too far and illustrates the extent to which they are prepared to go in their determination to plunge this country into chaos. We wish to warn those who are planning this coup to desist forthwith as such a misadventure is capable of plunging this nation into a crisis of monumental proportions.

“These undemocratic elements should stop overheating the polity just because of their selfish ambitions. Those who feel that politics is better practised by way of threats and the unseating of those who do not share their unprogressive thoughts should know that there is a limit to how far they can push us.”

The new PDP said the National Assembly leadership did nothing wrong by receiving the visitors.

He said: “For the avoidance of doubt, the progressive governors have for the past three months been visiting past Heads of State and some other great minds in their search for a peaceful way out of the logjam in the PDP orchestrated by the failed Tukur leadership of the party.

“Their visit to the National Assembly was just in continuation of their nationwide tour. The aim was to brief and rub minds with members of the National Assembly in view of their position as leaders of the party on how to reposition our great party to be united and face other parties by 2015. Any other motive imputed into the visit is not only mischievous but also a product of the devilish imaginations of those reaching such conclusions.

“We sincerely thank the Senate President, Distinguished Senator David Mark for his great counsel that no member of the National Assembly will be unseated for any reason based on the present wrangling within the party contrary to the threat by Tukur and his misguided group that members of the National Assembly supporting our move to restore sanity to our party will have their seats declared vacant not minding the limit of their powers in this regard, though unconstitutional acts are what they are well noted for. A word is enough for the wise!”

Meanwhile, a member of the House of Representatives, Hon. Bethel Amadi, believed to be the leader of the PDP faction loyal to Alhaji Bamanga Tukur, has denied allegations that the Presidency offered each of the 60 members in their group $25,000 each (N4m).

Amadi, who spoke to National Mirror on the phone yesterday on the bribery issue, said the allegation was unfounded and designed to tarnish the image of the lawmakers loyal to the Tukur and President Goodluck Jonathan faction of the party.

His words: “That is far from the truth. There is no such thing. We simply attended a meeting and we asked questions. We were not given any such thing.

“We simply attended a meeting and we asked the Baraje- led delegation questions as to what position they were addressing us. We asked Baraje whether he was addressing us as a former secretary of the party or as a former Acting National Chairman of the party, and we did not get answers to that, so that was what happened.”