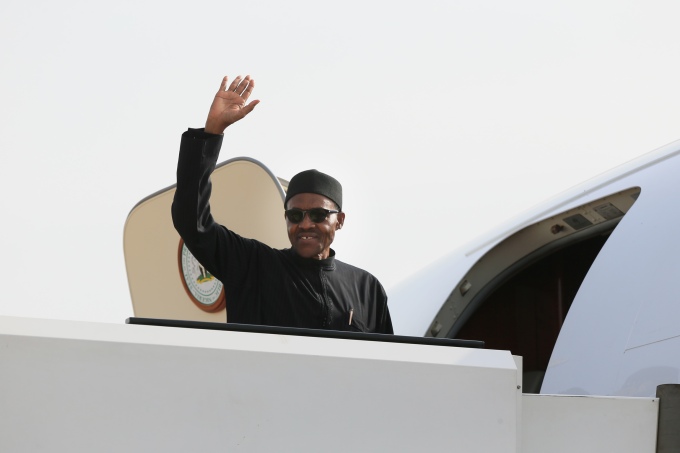 The opposition Peoples Democratic Party, PDP Senate caucus may have begun impeachment move against President Muhammadu Buhari in retaliation of the Federal Government suits slammed against its President, Dr Bukola Saraki and his Deputy, Ike Ekweremadu, Punch Newspaper has revealed.

The PDP Senators have begun compilation of Buhari’s IMPEACHABLE offences, an unnamed senator revealed to Punch Newspaper
As reported by our source, the Senate caucus of the opposition Peoples Democratic Party have ruled out the possibility of fielding any candidate as a replacement for Ekweremadu, in case the court finds him guilty of the forgery case preferred against him and Saraki.

According to a ranking senator from the South-East geopolitical zone, the emergence of Ekweremadu as deputy senate president in the first instance made the opposition senators to play along with the administration of Buhari.

He said, “The emergency of Senators Saraki and Ekweremadu, led to the unity we had experienced in the senate and we have, to the best of our knowledge, tried our best to ensure that we support the government in the interest of the nation.

“This Buhari’s government had, times without number, committed great impeachable offences that we overlooked simply because we wanted the nation to move forward. But now that it is obvious that they prefer war. We are also ready for battle.”

Another PDP senator, who is a new comer from the South-South geopolitical zone, told Punch Newspaper that they were already compiling impeachable offences against Buhari, since he was also bent on creating crisis and causing confusion in the federal parliament.
He said, “What the executive is doing by its actions is to cause confusion and create tension in the country and we are ready for them. It is now glaring that the APC does not mean well for this country.

“For instance, is this type of self-inflicted, self-imposed crisis on the country by Buhari, necessary at this time when the country is facing the worst social, economic and political challenges in its history?
“All hands are expected to be on the deck to halt the free fall of the value of naira against major international currencies, tackle the issue of the mono import dependent economy, solve the power problem and resolve the crisis in the Niger Delta.

Attempts to get the spokesperson for the senate, to speak on the issue failed as calls put across to his mobile line dropped while text messages sent to him did not connect.

The PDP Senator caucus last week said it has withdrawn its earlier supports for the Buhari’s government because of bad treatment meted on its members. A move which has been countered by the APC and Labour Party Senate caucuses, which on the contrary furnished the President with a vote of confidence