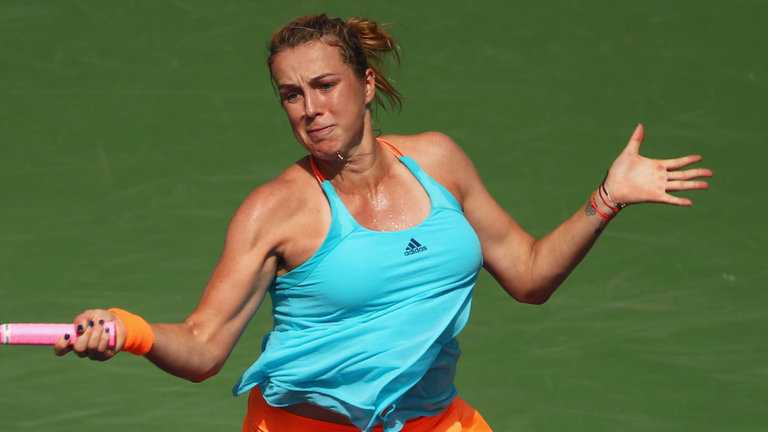 The Russian won a topsy-turvy encounter in Mexico 6-4 2-6 6-1, with the players forced to battle stifling heat as well as each other.

Defeat meant Germany’s Kerber, who lost the Monterrey final to Pavlyuchenkova in 2013, was denied her first tournament title of the year.

Pavlyuchenkova made the early running in the contest, taking the only break of the first set on her third set point.

Kerber then took a long third game to break serve in the second set, holding her nerve to level the match.

But second seed Pavyluchenkova – who reached the quarter-finals at the Australian Open and BNP Paribas Open this year – was not to be denied.

The 25-year-old raced to a 5-0 lead in the final set and served out to claim her ninth career title in just under two hours, hitting 49 winners to her opponents 14.

“I’m really overwhelmed and don’t think I realised that I just won my fourth Monterrey trophy,” said Pavlyuchenkova. “It’s very special and it’s a special place in my heart.

“You don’t get so many chances to do it, so it was one opportunity for me today. Beating her feels amazing.”

Elsewhere, Pavlyuchenkova’s compatriot Daria Kasatkina was successful in her first WTA final as she eased past fellow 19-year-old Jelena Ostapenko 6-3 6-1 to claim a maiden title in Charleston.