Passengers stranded in S-East over rise in fares 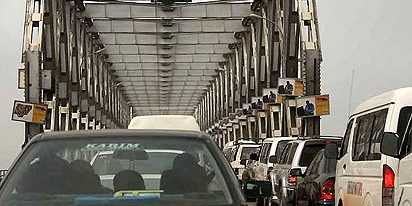 PASSENGERS going back to their various working places from the Eastern part of the country are stranded in different loading parks in South East states, following a sharp increase in transportation fares.

The over 100 percent increase in transport fares forced some of the passengers returning to their various working places after the Christmas and New year break to return to their homes as they could not afford the new fares.

Investigation revealed that those mostly affected were passengers in Owerri, Imo State, heading for Lagos, Abuja, and other cities in the North.

It was gathered that before the Christmas break, motorists paid between N3,000 and N3,500 but the fare was increased to N6,500 excluding charges on luggage no matter how light the luggage is.

A passenger that gave her name as Ikechukwu lamented that he could not make his journey from Owerri to Abuja on Monday as a result of the hike on transport fare by various transport companies.

He said: “I had to go back to my village because of the high increase of transport fare. Can you imagine that before Christmas, we used to pary N3,400 from Abuja to Owerri in Peace Mass Transit, PMT, but when I got to their pack, they were charging N6,500 to Abuja.

“Some of us could not afford that amount, you know we have spent all we had for the Christmas, we pleaded with them but nobody was ready to listen, I have to go back to my village so that I can look for money.”

The stranded passenger said his surprise was that there was no increase in the pump price of petrol and that the Police had stopped harassing drivers on the road.

“I think it just wickedness. Government did not increase fuel price, Police are not disturbing drivers on the road, why should people be so wicked, especially in Igboland?

“I will appeal to government to look into this next time because people are suffering. If there is no increase in fuel, government should make sure that transporters did not increase fares,” he said.

Efforts made to talk to transport company owners were rebuffed as those contacted could not explain why the transport fares were increased.