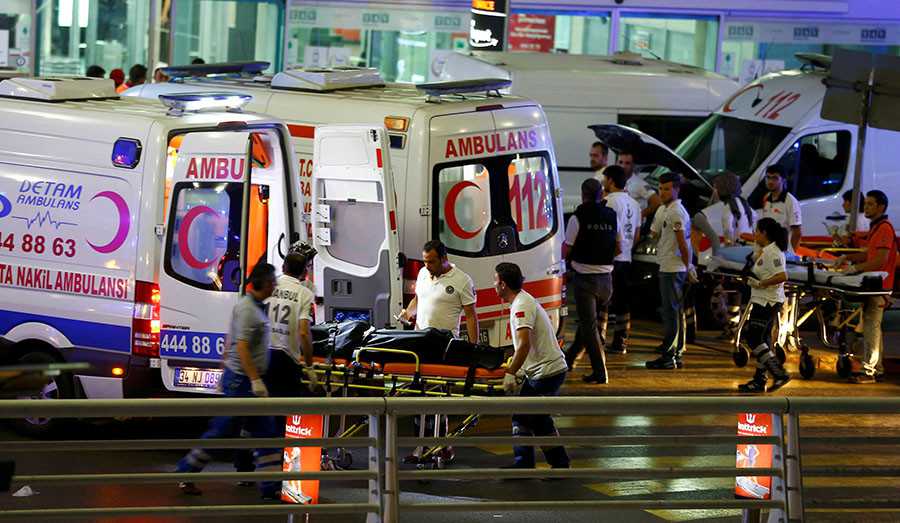 At least 36 people have been killed and over 140 injured in three blasts that rocked Istanbul’s Ataturk airport, according to Turkish officials. Foreigners could be among the dead.
The blasts occurred in the airport’s international arrivals terminal.

Turkish Prime Minister Binali Yildirim confirmed to the media that the death toll from the attacks has risen to 36, adding that foreigners could be among the victims. Five of those killed in the attacks were officers

Another 147 people were injured in the blasts, Turkish Justice Minister Bekir Bozdag said.

Yildirim also stated that the attackers arrived at the airport by taxi and that initial findings point to Islamic State responsibility (IS, previously ISIS/ISIL) for the attacks.

“It showed once again that terrorism is a global threat and defeating it requires global cooperation. All early indications suggest that the IS was behind the atrocity, but the investigation is ongoing,” the Prime Minister said.

The attacks on the airport involved three suicide bombers, according to Yildirim. Investigation revealed that all three opened fire before detonating their explosive devices.

On Tuesday evening, three suicide bombers stormed the airport with assault weapons and opened fire before blowing themselves up. One of the attackers fired shots from an automatic rifle in the departures hall, according to Reuters. All three reportedly detonated their explosive devices around the arrivals hall.

The deadly blasts coincided with the second anniversary of the declaration of the so-called Caliphate by the terror group as well as the last week of the holy month of Ramadan, during which IS called for increased attacks.

Many people caught in the blasts and near the airport posted photos and videos from the scene, showing the destruction caused by the explosions as well as people hiding in various places in search of safety.

Four armed men were reportedly seen running away from the terminal building after the explosions, according to Turkey’s NTV channel.

According to some Turkish media, the blasts targeted two separate locations in the airport.