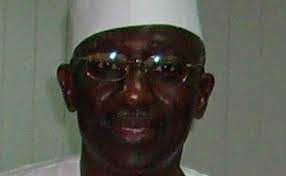 He said this is necessary to restore peace in the land.

Audu-Bida said about four million Nigerians had been displaced by Boko Haram insurgents.

He spoke in Abuja on the outcome of Monday’s meeting of the executive board of the society.

Audu-Bida said the board members considered the worsening humanitarian situation in the Northeast, the adjoining states and neighbouring countries.

According to him, the board concluded that it was time that “all be set aside to wrest the area from rampaging insurgents and restore peace”.

Audu-Bida said the figures from local and international agencies, such as the National Emergency Management Agency (NEMA), Human Rights Watch, United Nations High Commission for Refugees (UNHCR) and Internally Displaced Monitoring Centre (IDMC), showed that many Nigerians were displaced or had become refugees in neighbouring countries.

He said in March, nearly four million Nigerians were displaced, while over 100,000 were squatting in refugee camps in Niger, Chad and Cameroon.

Audu-Bida said this could not be allowed to continue because humanitarian aid agencies were unable to reach the displaced people for fear of being attacked or kidnapped by terrorists.

He said: “As a former military general, I am aware that our military is capable of quelling this insurgency. They have the training, courage and equipment to accomplish the task of securing the country’s territory. But they should be allowed by political authorities to carry out their duties unfettered by political, ethnic or religious colouration and/or sentiments.”

Audu-Bida regretted that insurgency had been allowed to fester for too long while things had also got out of hands.

According to him, the sacking of the police mobile training institution in Gwoza, Borno State, demonstrated the extreme of insurgency in Nigeria.

He said: “With this, the insurgents will become more emboldened, unless a decisive action is taken immediately to wipe them out.

“For the good of millions of Nigerians, the military should take decisive action now to stop further displacement of Nigerians, destruction of farmlands, lives and property as well as occupying our territory. The situation has become very embarrassing to Nigerians, the government and the Armed Forces.”

While sympathising with parents and relatives of the abducted Chibok secondary school girls and other abducted Nigerians, the TIEMS Chairman said “reportedly, parents of the girls have patriotically called on the Federal Government not to allow Boko Haram insurgents to use the girls as human shields to continue to wreak havoc on the country.”

He said fighting insurgency and restoring peace have never been a piece of cake in any clime.

Audu-Bida cited the instance of the United States of America, which refused to yield to Islamic State terrorists, who demanded ransom in exchange for the American captured journalist, but rather continued to rain heavy sorties on the insurgents in Northern Iraq.