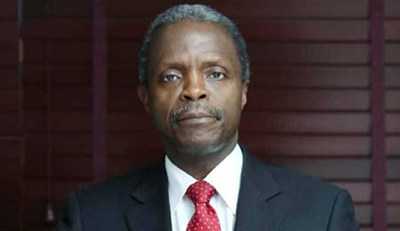 Onyebuchi Ezigbo in Abuja
There are strong indications that the All Progressives Congress (APC) will today constitute a transition committee to be headed by the Vice-President-elect, Prof. Yemi Osinbajo, to begin the transition process from the Jonathan administration to the incoming administration that will be headed by Major-General Muhammadu Buhari.

THISDAY gathered from a party source that Buhari has asked the leadership of his party to help raise a formidable team made up of tested and experienced technocrats from the private sector and politicians that would meet with President Goodluck Jonathan’s transition team to ensure a smooth process.

Among those being considered for the APC transition committee are the former Governor of Ekiti State, Dr. Kayode Fayemi, Senator Chris Ngige and Chief Audu Ogbeh.

It was learnt that a team of top technocrats and former political office holders that cut across all sectors of the economy has been assembled with contributions from key APC leaders and stakeholders, including the former Lagos Governor, Senator Bola Tinubu, former Vice-President Atiku Abubakar, the Progressive Governors’ Forum and the party’s National Assembly caucus.

According to close aides of the president-elect, the list has been forwarded to the national leadership of the party for scrutiny and ratification.

According to the source, a meeting of the party’s National Working Committee (NWC) has been scheduled for today to screen and approve a list of members of the transition committee.

On another note, The State of Israel has expressed its willingness to assist Nigeria in the fight against terrorism and in the development of the agriculture sector.

In a congratulatory letter signed by President Reuven Rivlin and delivered by the Israeli Ambassador to Nigeria, Uri Palti, to Buhari yesterday in Abuja, the Israeli leader acknowledged that the two countries faced “similar dangers and challenges in our daily struggle against those who want to terrorise our citizens”.

A statement signed by Buhari’s spokesman, Garba Shehu, quoted the Israeli leader as saying that the latest news regarding the Boko Haram-ISIS alliance underscores the need for like-minded countries to unite in the fight against such radical terrorist organisations.

“I assure you that in this important campaign, Israel stands shoulder-to-shoulder with Nigeria. I wish you every success in the challenging task ahead and trust that under your presidency, the relations of friendship and cooperation between Nigeria and Israel will continue to expand and strengthen.

“Please accept, Your Excellency, the assurances of my highest consideration,” he said.

In his response, Buhari expressed his warm appreciation of the Israeli gesture and pledged to work with all countries to the mutual benefit of all sides.