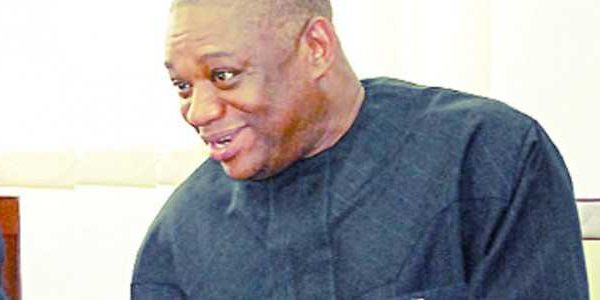 The Federal Government is “playing to the media and not the problem” in its approach to the al Qaeda-linked insurgent group Boko Haram,former Abia State Governor Orji Uzor Kalu has said.
Kalu is calling for direct talks with Boko Haram militants, who have killed thousands of Nigerians since 2009, and he has offered to be an intermediary.

His call for negotiations comes as the U.S. government on Monday announced a $23 million reward for the capture of the militants’ leader.
Kalu told The Washington Times: “There is a smarter, more effective way to keep the Boko Haram from growing into a force that will tear Nigeria apart, but so far the government is playing to the media and not the problem.”
Nigeria is Africa’s most populous country, with more than 174 million people, and the continent’s largest oil producer. Despite implementing economic reforms, the government is still hampered by corruption and widespread poverty as it battles an Islamic insurgency.
Chairman of Daily Sun newspaper, Mr. Kalu, 53, is advocating a government campaign to win the hearts and minds of people in the poorer, northern areas of the country where Boko Haram operates, which he believes is essential in stopping the bloodshed that has claimed more than 8,000 lives.
But the government so far has rejected Mr. Kalu’s latest call, opting instead to launch high-profile military attacks against the insurgents.
Still, Nigerians and political observers are beginning to talk about the prospect of Mr. Kalu, former governor of Abia State, vying to succeed Mr. Jonathan as president in 2015.
“Kalu is an experienced player in Nigerian politics, with fresh ideas. He understands adversity; however, he is able to view it through the lens of developmental opportunity,” said Zsolt Nyiri, director of the Netherlands-based Institute for Strategy and Complexity Management, which fosters entrepreneurship and philanthropy in Africa.
As a leading voice of the Igbo, one of Nigeria’s three major tribes, Mr. Kalu believes he is the right person to open talks with Boko Haram.
Mostly merchants and farmers, the Igbo people have a strong sense of ethnic identity, but they have been discriminated against and ostracized by non-Igbo governments. During Nigeria’s 1967-1970 civil war, which devastated their lands, U.S. National Security Adviser Henry Kissinger told President Nixon that the Igbo were “the Jews of West Africa.”
Mr. Kalu believes the Igbo’s outsider status is an asset in not only persuading insurgents to lay down their arms but also addressing challenges to Nigeria’s governance, with corruption key among them.
Nigeria ranks near the bottom of Transparency International 2012 Corruption Perception Index, placing 139 among the 176 countries assessed and marking a nine-point decline during Mr. Jonathan’s tenure.
“We need more consistency in our legal framework if multinational companies are going to be comfortable doing business here,” said Mr. Kalu, who is also chairman of an oil shipping and services company. “I look forward to the day when foreign investors will come to see Nigeria as a safe and reasonable and accountable place to do business.”
He said now is time for change, noting that no one from the Igbo tribe — which accounts for at least 20 million people — has held the presidency since the end of the civil war.
“Forty years is a long time, and Nigeria is ready to complete the circle of our national identity,” Mr. Kalu said in discussing the prospect of an Igbo presidency. “I’m not necessarily saying that person has to be me, but I do believe it is essential to achieve the kind of balance my country needs to move forward.
Asked if he is running for president, Mr. Kalu smiled and said: “I think our-yet-to-be-written history suggests our next president will be an Igbo.”