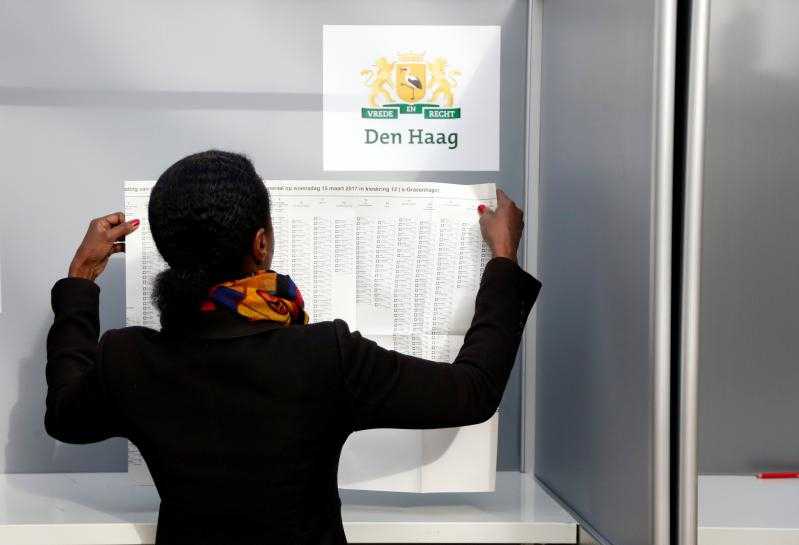 LONDON/AMSTERDAM Dutch election results eased investor concerns on Thursday that opinion polls were systematically underestimating the strength of populist feeling, especially in France, after an outcome broadly in line with surveys of voter intentions.

Pollsters had been chastised for not capturing an anti-establishment upsurge before 2016’s Brexit vote and Donald Trump’s U.S. election, even though both results were within a reasonable margin of error.

Dutch Prime Minister Mark Rutte’s victory, after fending off a challenge from far-right rival Geert Wilders, appears to have silenced some of those critics in what could be an important factor for maintaining financial stability ahead of French, German, and possibly Italian elections, later this year.

The biggest of those political tests is seen as the French presidential run-off in May which is likely to pit eurosceptic Marine Le Pen against centrist Emmanuel Macron. Polls suggest she has little chance of winning, trailing by around 20 points.

“For the first time in a long time we have had polls that have actually worked,” said Ryan Myerberg, a portfolio manager in Janus Capital, adding that the push back against populism meant markets could “breathe a bit easier about the French outcome.”

Polls conducted ahead of election day accurately reflected trends and the order of the parties, although they did not forecast the full extent of the lead of Rutte’s VVD party.

“All in all we did pretty well,” said an employee at research group Ipsos, declared by newspaper De Volkskrant as the most accurate pollster.

Dutch polling agencies pride themselves on their near exclusive use of anonymous online questioning – more reflective of a society with some 95 percent of the population active on the web – and weighting of responses according to likelihood to vote. They argue it limits under-reporting of the anti-establishment vote.

In France, pollsters used to inflate the score attributed to Le Pen’s National Front to compensate for what they saw as a reluctance by some voters to acknowledge voting for it. In recent years they have removed that weighting, saying that voters are no longer reluctant to say who they vote for.

In notes to clients on Thursday, banks Barclays and JPMorgan said one of the main conclusions from the election was that populist parties are not systematically underestimated by pollsters, and that polls remain important bellwethers.

Relief spread across European markets after the Dutch result with shares climbing to a 15-month high and the euro marking its biggest one-day gain against the dollar in nine months. Leaders across Europe also applauded the outcome.

Even if the opinion polls in France seem emphatic, investors may not want to bank on that outcome just yet.

Polls swung behind Rutte in the Netherlands in the final weeks, but had previously shown Wilders out in front.

The impact of late-gamechangers, such as Rutte’s firm stance against Turkey in a dispute which dominated the last few days ahead of the vote, could have implications for the French and German votes later this year.

Many Dutch voters were still undecided just days before the election. “We had some 14 percent of voters deciding on election day itself, some even only making up their minds in the voting booth,” said Marianne Bank, research director at Ipsos.

Pollster Maurice de Hond said that showed the need to intensify polling efforts in the final week. “Voters making up their minds at the end has such a big effect,” he said.

With nearly two months to go until the final vote in France, there could be similar shifts in voter intention in a campaign that has already seen scandals swirl around all three main candidates.

“The decent predictive performance of opinion polls in the Dutch vote is likely to restore confidence in French surveys, which have consistently ascribed a low probability to Marine Le Pen winning,” said Adrian Hilton, portfolio manager at Columbia Threadneedle Investments.

“It’s probably a little too soon to sound the all-clear, however.”

The Dutch result could also help further undermine a body of investor opinion that believes betting markets are a clearer gauge of sentiment than polls – a theory that prevailed ahead of the Brexit and U.S. votes.

On both occasions, bookmakers were further off the mark than largely equivocal opinion polls.

“It gives you some firmer belief in polls but I think disappointment from last year around Brexit and Trump was overdone,” said Kaspar Hense, a portfolio manager at BlueBay Asset Management.

Analysts at Morgan Stanley said a perceived large polling error for both Brexit and the U.S. election was actually only around 2-4 percent. Even assuming a bigger margin of error in France, the bank sees around a 15 percent chance of a Le Pen win, versus some bookmakers odds showing around 30 percent.