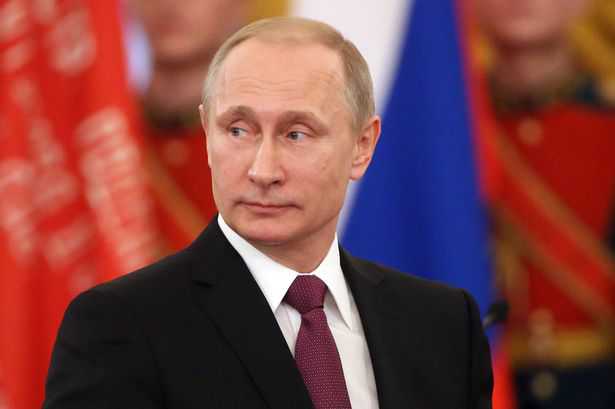 It is my pleasure to write to you in respect to my beloved nation Biafra and her lovely citizens, as a biafran we are good people with good heart, smart and brave, hardworking and productive.

But before i proceed, i want to say congratulations to you on your success in the Syria campaign also i must commend your great work in defending and protecting the christain community and your effort in making the world a safe and better place.

Sir, with all due respect i want to bring to your notice the marginalisation and persecution biafrans are facing everyday in Nigeria , We the Biafrans have been suffering and facing severe persecutions from the Islamic Nigerian government ever since the British forcefully joined us together with Nigeria, in an unforgiveable and illegal amalgamation in 1914 by the British for one reason only ” to control the resources” that comes out from our land.

i want to use this opportunity to let you know that the British economy have been living off the resources they are sucking out from Biafraland for free using these blood thirsty islamic nigerian politicians as puppets to rule and control everything coming from our land and denying us our rights as a people, this degradation and marginalisation of the Biafrans has been going on since the amalgamation in 1914 and recently they have resumed an agenda to forcefully islamise us all and make us muslims by occupying our land, kidnapping and raping our women and killing our men, as you know recently the leader of the Indigenous people of Biafra Nnamdi Kanu is currently being incacerated by the dubious nigerian government and have refused to release him despite after two courts ruling ordering his unconditional release

In 1945 thousands of biafrans was massacred in the nothern part of Nigeria by the hausa fulani Islamists, during the three years civil war from 1967-1970, millions of biafrans was murdered mostly women and children , the killings never stopped after the war we have remained victims of murder and persecution in this contraption called Nigeria.

We are not the same people, we don’t speak the same language, we don’t practice the same religion neither do we share the same culture or tradition, we are not in any way connected as a people we are christians and they are muslims majority of which are extremist jihadist and this have made it difficult  for us to live together as one just because the British government wants it so. this is an aborminable act and we are standing up and saying no more, we have the right for self determination, we have the right to decide our future by ourselves,

Sir allow me to bring to your knowledge the advantages and benefits the Russian economy and her citizens as a whole stands to gain from an independent Biafra State.

Economic Advantage : The Russian Federation as a whole stands to gain a lot economically from an independent Biafran state through bilateral trades, Biafra as a nation with over 60 million population is richly blessed with lots of natural resources from crude oil to coal and steel and so on,mind you we have the best crude oil in the world known as “Bonny light crude” which have the lowest sulphur concentration of 0.14% wt and a water content volume of 0.2% vol Max and Acid number of 0.39% Max, which makes it easier to refine  and gives more end products including AGO ,DPK and LNG more than the “Brent Crude”

Also, we are very hardworking and innovative people, there is a long lists of possible products that can be imported and exported in and out of Biafraland. ranging from Agricultural products to Technology especially now that an economic sanction embargo is currently in place on Russia by the west.

Geo-political Advantage : Russia as a super power needs an independent Biafra State to increase her worldwide influence especially in Africa , infact let it be known to you that the west dreads an independent Biafra because she will grow to become a great nation and a liberation tool for the entire Africa, The United Kingdom will fall in no time when Biafra Rise this is already a known fact that is why they will never support an independent Biafran state.

Security Advantage : Nigeria is the most corrupt country in the world full of fraudsters and the current president Muhamadu Buhari who has in recent times openly come out to sympathise with the boko haram terrorists, Nigeria is home to two of the worlds deadliest terrorists organisations “Boko Haram and the Fulani Herdsmen” both are of the same origin and Nothern region where the president originally hails from.
We “Biafrans” are Christians and peaceful people so if Russia supports Biafra to regain her independence we will together crush the Nigerian Islamic terrorists and its affiliates “ISIS” which has proven to be a threat to the world security, this will further more guarantee the security of the Russian federation,

Also we are ready to join any Russia led economic and security bloc which will furthermore strethgen the ties between both countries. besides let it be known to you that if a second civil war is allowed to erupt again between Biafra and Nigeria, there will be a worldwide instability and more migrants problem will arise uncontrolably .

Therefore ,  it is imperative that you use your power as the president to push for the realease of our leader Nnamdi Kanu and support  for an independent Biafra State.