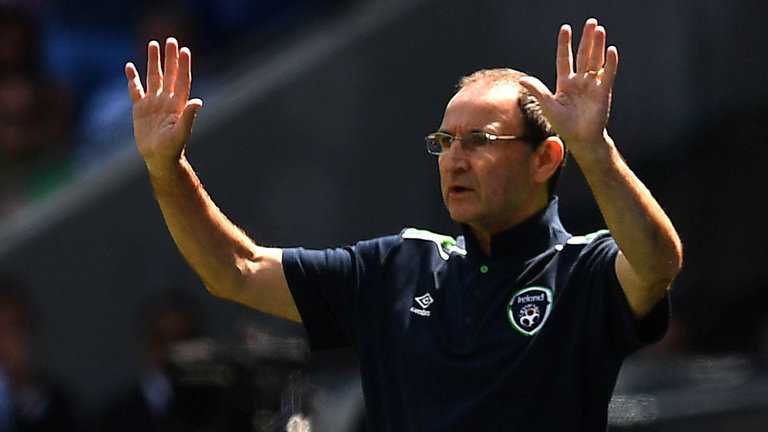 Republic of Ireland manager Martin O’Neill has ruled out a return to Leicester to replace Claudio Ranieri.

The Foxes are on the hunt for a new manager after Ranieri was sacked on Thursday.

O’Neill enjoyed a successful stint in charge of Leicester from 1995-2000, winning promotion to the Premier League in his first season and also lifting the League Cup twice.

But he says he is focused on Republic of Ireland and trying to qualify for the 2018 World Cup.

“I am really enjoying being an international manager and we have a job to do,” he told BBC Five Live. “We have got a big World Cup qualifying game coming up in a couple of weeks’ time against Wales and I couldn’t be distracted [by the thought of returning to the Premier League as Leicester manager].

“I want to see if we can try and get through, whether we don’t, whether we fall flat on our faces, I don’t know but the Euros last year were great and I am getting so much enjoyment out of this.

“I wouldn’t be going [to Leicester]. I am enjoying this at the moment.”

While O’Neill won’t be going back, he did have his say on the current situation at his former club, who host Liverpool on Monday Night Football, live on Sky Sports.

Ranieri was dismissed less than 10 months after winning the Premier League title amid reports that senior players had spoken to the board about his dismissal.

“The owners have the ultimate say but I think this was combination of things,” said O’Neill.

“Some players went to the owner to talk about whatever they were talking about. Why should players go to owner, even in this day and age? If things are not going well, you sort it out in the dressing room.

“The players took an awful lot of credit last year, rightly so, they did the playing and this game’s still about players.

“Somewhere along the way if you have to take criticism, you have to look inwards as a player.”