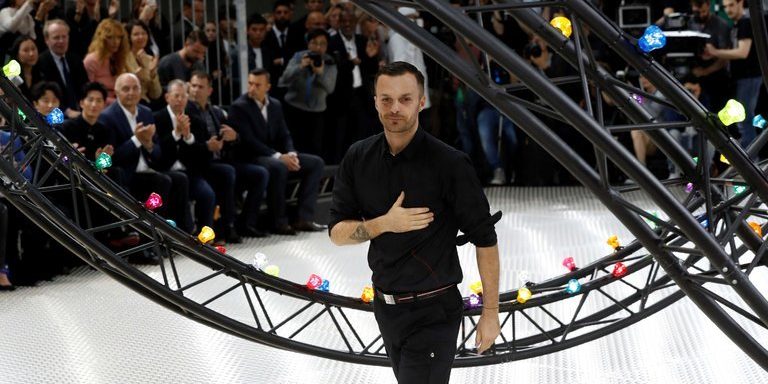 Men’s Wear Just Had a Huge Designer Reshuffle: What Does it Mean?

British cabinet reshuffles have nothing on the men’s wear world. On Tuesday, LVMH Moët Hennessy Louis Vuitton announced that Kris Van Assche would become the new artistic director of Berluti, completing the final move in what may be the biggest reinvention yet of the men’s side of the world’s largest luxury group.

Not that the announcement put it that way, exactly. What Antoine Arnault, chief executive of Berluti, said in a brief statement was simply, “I am delighted to welcome Kris Van Assche to Berluti. I have known him for several years, have always admired his work at Dior Homme and I am looking forward to working with him.”

Look at the bigger picture, however.

Hedi Slimane, who spent seven years as designer at Dior Homme (2000-2007) and was a mentor of Mr. Van Assche, returned to the fold in January via Céline, the women’s brand to which Mr. Slimane will now add men’s wear.

Mr. Van Assche’s new appointment keeps him in the LVMH family — leaving as odd man out Haider Ackermann, the former Berluti designer, who will focus on his own label.

Phew, got that? And it’s all happened since January 1!

Though perhaps the first sign of change came all the way back in March 2017, when Clare Waight Keller was appointed artistic director of Givenchy, and announced she would combine her women’s and men’s collections into a single show.

So what is it about? Boredom on the part of designers who are starting to get restless and look around after a decade at a brand, and a desire to keep talent by giving it new challenges? A need for new buzz on the part of the brands?

All of the above, at least in part. Michael Burke, the chief executive of Louis Vuitton, told me he had been having long conversations with Mr. Jones before his switcheroo because the designer was feeling a sense of stasis. But keeping both Mr. Jones and Mr. Van Assche within the group while giving them new jobs was a new development in the game of fashion designer musical chairs: Traditionally, when a designer leaves a brand, he or she leaves the group.

Mr. Van Assche hinted at the novel nature of the situation in his statement about Berluti, in which he thanked the LVMH chairman and chief executive, Bernard Arnault, for “his renewed confidence.” It is more akin to the executive moves that typically happen in such big organizations — and perhaps a reflection of the corporatization of the creative side.

And there’s no question that while the men’s wear market is healthy, it is still small compared to women’s, especially when leather goods such as bags and shoes are factored in; changing designers creates a sense of anticipation and excitement that calls attention to a brand, especially when two of the designers are famously master marketeers (Mr. Slimane and Mr. Abloh).

But also, perhaps more important, these moves reflect a real belief that haute streetwear is the way forward for men’s wear.

After all, the thread that connects the four designers, who otherwise have pretty different takes on men’s wear, is a certain belief in the power of the high/low combination; the way the mix-masher of fashion can combine club and skate and suit influences to create something contemporary. Mr. Abloh, who came from the streetwear world via his own brand, is the most obvious example, though Mr. Jones’s Vuitton/Supreme project, and Mr. Van Assche’s Dior BMX bike and ad campaigns with ASAP Rocky, are further cases in point.

Mr. Ackermann, by contrast, was known more for his relaxed, soulful, Byronic romance and his color palette than his urban tagging cred. Though he received generally enthusiastic reviews for his three collections, and had celebrity fans such as Timothée Chalamet, who wore a white Berluti tux to the Oscars in March, apparently the powers that be decided the general trend was in another, cooler direction.

Whether they are right — whether men who buy designer clothing really need four grown-up brands chasing cool — remains to be seen. Designers change their aesthetics as they change houses (at least hopefully), and we don’t really know what we are going to get, especially in the case of Mr. Slimane.

We’ll start to see answers in June, when the new Vuitton and Dior men’s collections debut, though we won’t know about Céline until September (Mr. Slimane is, like Ms. Waight Keller, combining his shows on the women’s schedule). Mr. Van Assche’s first Berluti collection won’t appear until January 2019.