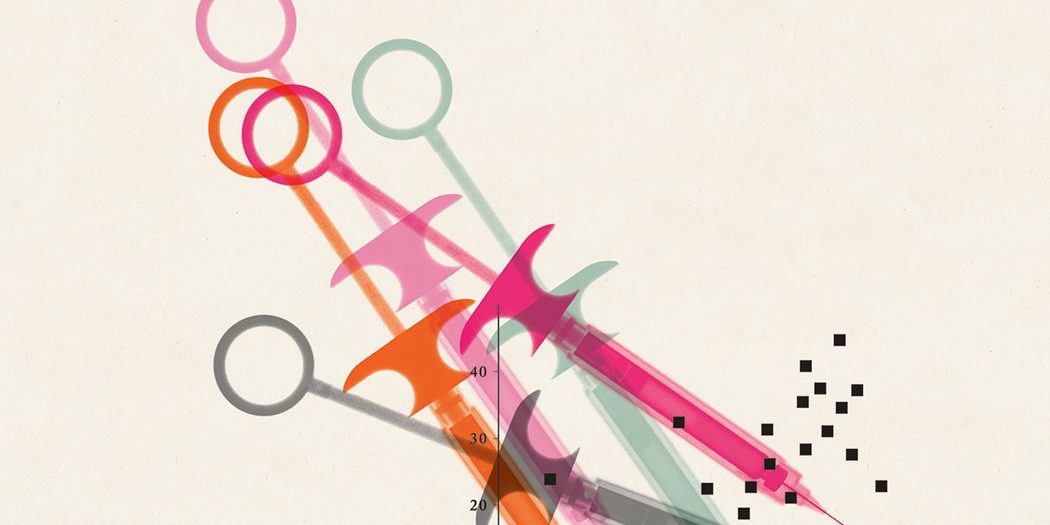 Can Doctors Choose Between Saving Lives and Saving a Fortune?

To understand something about the spiraling cost of health care in the United States, we might begin with a typical conundrum: Imagine a 60-something man — a nonsmoker, overweight, with diabetes — who has just survived a heart attack. Perhaps he had an angioplasty, with the placement of a stent, to open his arteries. The doctor’s job is to keep the vessels open. She has two choices of medicines to reduce the risk for a second heart attack. There’s Plavix, a tried-and-tested blood thinner, that prevents clot formation; the generic version of the drug costs as little as 25 cents a pill. And there’s Brilinta, a newer medicine that is also effective in clot prevention; it costs about $6.50 a pill — 25 times as much.

Brilinta is admittedly more effective than Plavix — by all of 2 percentage points. In a yearlong trial of 18,600 patients, 10 percent died from vascular causes, heart attack or stroke on Brilinta, while about 12 percent did on Plavix. Should the doctor prescribe the best possible medicine, assuming that the man has private health insurance that will pay the bulk of the costs? Or should she try to conserve health care costs by prescribing the cheaper medicine that is nearly as good? And consider this: If the cost to you was the same — you have maxed out your co-pay and will end up with the same out-of-pocket expenditure — would you agree to take the slightly inferior drug to benefit the system as a whole? You’ve just had a heart attack, for God’s sake. You pay thousands of dollars for health insurance. Is it fair to ask you to bear the slightly increased risk to enable some broader social good?

“We thought about this nearly every day when discharging patients from the cardiology unit,” Dhruv Khullar, a newly minted hospital attending, told me. “Some of us believed that a doctor’s job is to deliver the best possible care, period. Others argued that doctors should aim to find some balance between medical benefit, financial cost and social responsibility. It’s the kind of question that we aren’t really trained to solve. Are costs something that an individual doctor should do something about? What is a doctor supposed to do?”

I returned repeatedly to the basic elements of Khullar’s quandary — the extraordinary price of medical care, the incremental returns of value to a patient and the shifting responsibilities of a doctor — while reading a new study that hopes to solve the riddle of health care costs in the United States. As the authors, Irene Papanicolas, Liana Woskie and Ashish Jha, lay it out, the United States is a sore-thumb outlier among 11 wealthy nations in medical spending. We spend 18 percent of our G.D.P. on health care, while Australia, Canada, Denmark and Japan seem to make do with about half that amount. Yet life expectancy in the United States is the lowest in the group, and infant mortality is the highest. Our out-of-control prices have a stifling effect on the economy. Companies that pay a portion of health insurance for their workers may find themselves burdened by cost. (“General Motors,” the quip runs, “is a health-insurance business that also happens to make cars.”) Why are we spending astronomically more for health care that performs worse, on aggregate, than care in most other comparable nations?

The researchers begin by extirpating some common myths. Are our health care costs astronomically high because we don’t have enough primary-care doctors? No; the number of primary-care physicians in the United States lies squarely in the middle of the 11 countries. Is our population more prone to illness? Yes and no; Americans smoke fewer cigarettes and drink less alcohol, but our rate of obesity is highest. Do we pay more for health care because we use more health care? Again, at face value, no. As a country, we went to the hospital about half as often as the Germans. We consulted doctors about a third as often as the Japanese. We beat the stoic Swiss and the frugal Dutch in the number of days that we spent in the hospital.

So what is driving the cost? Each time we did go to a doctor, it seems, we managed to spend more. Tests were ordered more frequently: We sat inside M.R.I. and CT scanners more often than patients in most other countries. We had high-cost surgical procedures performed more often than most other populations in the world. Knee replacements, cataract surgeries, cesarean deliveries, coronary-bypass grafts, angioplasty. Not every procedure was performed more frequently, Jha reminded me; hip-replacement rates were slightly lower, and the C-section rate, albeit high, was essentially tied with that of three other countries. On average, though, the United States ranked among the highest in most operations. Many of these procedures cost more in America (an M.R.I. costs $1,150 in the United States and $140 in Switzerland; it’s hard to insist that an American M.R.I. is eight times as good). And some of these procedures inevitably led to complications, and then we paid for those complications. The impact on overall life expectancy was evidently minimal. The United States leads developed nations in what the surgeon and writer Atul Gawande has called an epidemic of “overtesting, overdiagnosis and overtreatment.”

If expensive procedures explain some of the costs accrued by Americans, pharmaceutical prices and spending offer an even more alarming explanation. We spent $1,443 annually per person (yes, you read that number right) on drugs — in part because each medicine costs us more, and in part because we used new drugs that weren’t even available in many other countries. Humira, the treatment for rheumatoid arthritis, was priced at $2,500 per month in the United States versus $980 in Japan and France. Lantus, the long-acting form of insulin, cost us $186 per month, four times the price in France. Adding pharmaceutical insult to injury, many more expensive drugs were invented in America — and yet we paid more than any other rich nation to use them ourselves.

The study’s authors also analyzed the costs of labor, salaries and administration. American doctors and nurses were paid substantially more than their European, Canadian or Japanese counterparts. But as Ezekiel Emanuel, an oncologist and bioethicist, noted in an accompanying editorial in The Journal of the American Medical Association, Americans also have fewer doctors per capita than many other countries, and so these salaries, weighted on a “per patient” basis, are only minimally higher than those in most countries. The administrative burdens were, however, disproportional and unique to American care. In one 2009 survey, the costs associated with doctors and nurses “interacting” with health-insurance plans — a euphemism for those deadly hours spent filling out forms, recording prior authorizations and negotiating with insurers — amounted to more than $23 billion a year.

The three major factors identified by the researchers — administrative waste, pharmaceutical price and procedural cost — may provoke familiar-sounding solutions to the costs of health care. Decrease waste by removing unnecessary and burdensome paperwork. Drive down pharmaceutical prices — through negotiation on costs, for instance, or by enabling the introduction of generic alternatives for patent-expired medicines. And limit the use of high-cost, low-value procedures where possible.

But what of the Khullar conundrum? What can an individual doctor do to fix health care costs? At first glance, the prescriptions prompted by the study’s authors seem dispiriting: The solutions are abstract and political, and they lie outside the realm of medical practice. Yet if you look more closely, this essential quandary of medicine may require a medical solution. Among the problems of American health care is a startling dissociation between “cost” and “value”: We pay more, but we often don’t get more. How might anyone restore the cost-value balance? In part, of course, through legislative and administrative reform, via political and public pressure. But in part, also, by deploying powerful tools that are newly at our disposal — genetics, epidemiology, computational analysis, biochemistry.

We might try to find, say, deep biological markers that would identify the few men and women who will benefit substantially from Brilinta over Plavix (perhaps the man with the heart attack would return for a blood test, or have his genes sequenced, to identify him as a likely responder); to define the subsets of elderly people who won’t benefit from a knee replacement (perhaps some combination of anatomical and physiological features predicts the lack of benefit); to identify women normally asked to have cesarean deliveries who can safely have vaginal births.

These strategies, if successful, will focus treatments on those most likely to benefit, reducing expenditures and complications. The big hope, yet unfulfilled, is that such treatment will ultimately increase value and decrease overall cost (in recent times, the focusing of medicines on subsegments of patients has resulted only in more expensive drugs). It’s the sort of medicine that might treat medicine’s cost crisis. It’s the kind of problem that a young doctor might learn to love.

Siddhartha Mukherjee is the author of “The Emperor of All Maladies: A Biography of Cancer” and, more recently, “The Gene: An Intimate History.”

Sign up for our newsletter to get the best of The New York Times Magazine delivered to your inbox every week.

A version of this article appears in print on April 8, 2018, on Page MM14 of the Sunday Magazine with the headline: How can a doctor grapple with the epidemic of cost?. Today's Paper|Subscribe