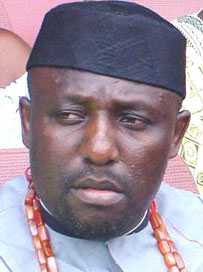 The Imo State Government has concluded plans to relocate about 5,000 shoemakers, of its indigenes resident in Aba, Abia State back to Owerri to run the state-owned shoe industry.
The state’s Commissioner for Industry and Non-Formal Sector, Mrs. Ugochi Nnana Okoro, announced this at a media briefing in Owerri, the state capital. She said the move would make the state a destination of choice in shoes industry, just as the state government has also advocated for the abolition of federal ministries in the states for their none viability.
Mrs. Okoro, who is also the supervising commissioner for Agriculture, said the arrangement would also encourage locally- made goods as well as boost the economy of the state.
According to her, all products made in the state must be labeled “Madein- Imo.’. She said government had acquired modern equipment to run the Standard Shoe Industry owned by the state. The commissioner said the industry had been producing high quality sandals for primary school pupils in the state.
She said that due to the numerous projects being executed by the current government in the state, it was not possible for the government to establish more industries.
Okoro said that some of the moribund government- owned industries would be reactivated and leased out to the private sector.