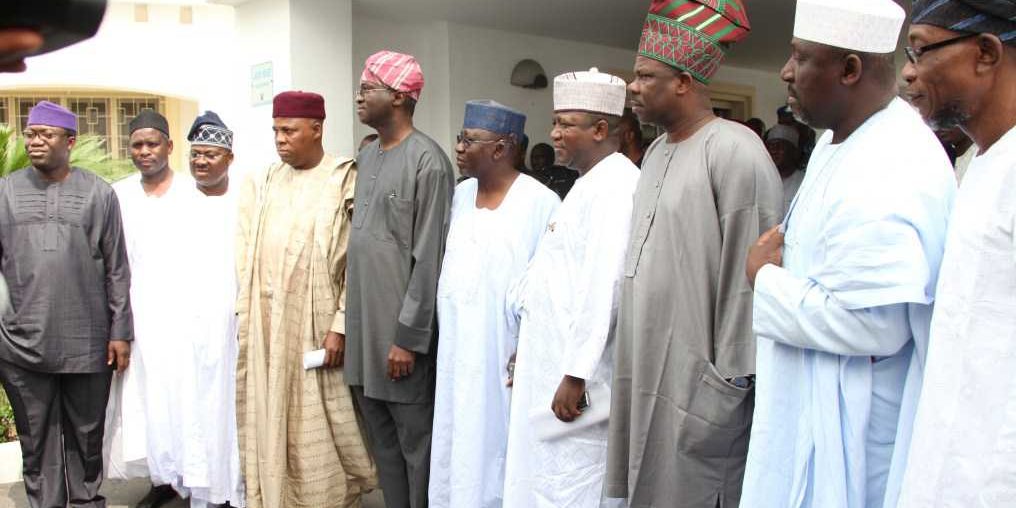 Former VP Atiku Abubakar also in consideration
Membership registration this month, convention holds in MarchEmmanuel Bello and  Onyebuchi Ezigbo
A silent but potent war in a bid to emerge the presidential candidate of the All Progressives Congress for the 2015 presidential election may have begun.
In the quiet moves to position themselves for the ticket are former Head of State, Major-General Muhammadu Buhari, former Economic and Financial Crimes Commission (EFCC) Chairman, Mallam Nuhu Ribadu, Kano State Governor Rabiu Musa Kwankwaso and former Vice-President Atiku Abubakar who though is yet to formally join APC.
The thinking in APC, THISDAY learnt at the weekend, is to throw the race wide open so that nobody feels left out or thinks the ticket is his birthright.
Meanwhile, the opposition party is also planning to organise its first national convention to elect a substantive leadership by March.
APC has been running with interim national executives since inception last year.
Party sources told THISDAY that the party had decided that it would commence membership registration this month, before conducting congresses at the ward, local government and state levels to pick its executives at those levels, culminating in the holding of a national convention by March and presidential primaries later this year.
Although Buhari has not declared an ambition yet, many watchers said he has not foreclosed contesting for the presidency again.
Buhari recently denied anointing anyone as presidential candidate for the APC. Analysts believe he is still the candidate to beat in the party.
If his body language is anything to go by, indications are that the three-time presidential candidate may still yield to pressure from his numerous supporters who are urging him to join the fray.
Recently an ideological support group aiming to propagate the ideals and values of the former head of state said it planned to launch its operations in January.
The national coordinator of the support group and APC chieftain, Alhaji Mustapha Habib, in an interview with THISDAY, said the objective of the organisation was to educate the youth about Buhari’s ideology and moral values so that they can understand it and use it to enhance national development.
Former EFCC chairman Ribadu is also yet to openly declare for the race but he is said to be bidding his time as well.
Ribadu had contested the 2011 presidential election on the platform of the defunct Action Congress of Nigeria, which was won by President Goodluck Jonathan.

Kwankwaso is one of the five aggrieved PDP governors who recently defected to APC. The Kano governor is said to be performing in his state and he is seen as one of those being looked upon by some Northern turks to fly the APC banner.
Atiku’s name is also making the rounds as a likely presidential aspirant in the party.
Though Atiku has not joined APC the party’s national leaders have visited him, asking him to embrace the party.
Atiku told them he would consult with his associates and give the APC leaders a feedback.
But some APC chieftains led by former Borno State Governor Modu Ali Sheriff are said to be urging him to join the party and enter the presidential fray.
A segment of the APC is also said to be secretly working for the emergence of Speaker of the House of Representatives, Alhaji Aminu Tambuwal. Tambuwal is currently in the ruling PDP but analysts say it is only a matter of time before he declares for the APC.
The party’s Interim National Publicity Secretary, Alhaji Lai Muhammed, who spoke with THISDAY yesterday on telephone, maintained that the party had not officially taken any step to narrow its choice of flagbearer.
“At the moment, the party has not considered the issue of who its presidential candidate would be. Until we get to that stage, we will not bar anyone from expressing interest or aspiring for the presidential candidacy. The party is not going to stop anyone from expressing his views, especially when it has to do with legitimate ambition.
“All I say is that everything will be done according to the rules, there will be party primaries to elect candidates for elective offices in the land, from the local, states to the national levels, ” he said.
Mohammed said for now the matter had not been officially tabled at the party’s top hierarchy as a major priority because the APC was busy with its national recruitment drive.
Despite the official position of APC, THISDAY checks revealed that prominent members were already contemplating who would carry the party’s flag in the 2015 presidential poll.
This, according to a source, is because of the preponderance of presidential materials within the party.
Besides, he added, the APC would have to find a “candidate who would compete favourably with President Jonathan in the coming election since it is obvious Jonathan would run. The APC candidate must be someone who would be accepted across all the divides in the country.”
Other sources, who spoke to THISDAY, noted that the issue was a herculean one capable of threatening the cohesion of the party since varied interests were now in the party. Principally, the entrance into the party of major PDP politicians is said to pose a problem as the search for a presidential candidate begins.
One of the sources said, “We now have many people who want to be presidents. They may be qualified but only one person can be the flag bearer. I hope this would not tear us apart.” Thisday