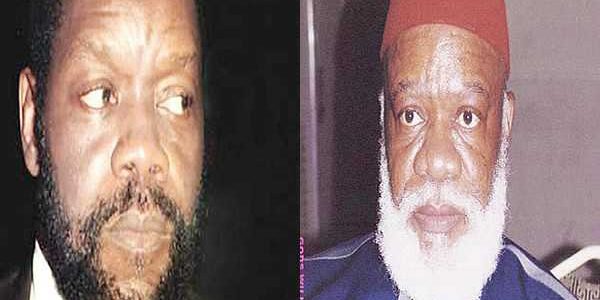 The bid by Ojukwu Transport Limited to recover one of its properties, comprising a two-storey detached house at No 4,

Macpherson Avenue, Ikoyi, Lagos, suffered a setback yesterday as a Lagos High Court stuck out the originating summons filed by the company.

Delivering judgement in the suit filed by the company against persons unknown/ the occupier of the property, Justice Olatunde Oshodi, held that going by the documents presented in court, the claimant ought to have commenced the suit by means of writ of summons and not by originating summons.

Consequently, Justice Oshodi directed the claimant to commence a fresh suit by means of writ of summons as provided under Order 3 of the Rules of Court if it wishes to continue with the suit.

The court held that originating summon would only apply where there is no dispute on the question of fact or the likelihood of dispute.

“From the facts presented by parties, especially from the documents exhibited, it appears to the court that there is internal wrangling within the claimant, hence the need to go into full trial,” the court held.

Ojukwu Transport Limited had in its affidavit in support of its originating summons averred that the defendant whose name is not known to it (claimant) was found to be in possession of the property in dispute.

The claimant stated that it appointed one Massey Udegbe of Massey Udegbe & Co as its agent to manage the property, among others. It further stated that by a letter Reference No. MUC/ MAN.OTL/215, dated July 10, 2012, its agent wrote to the occupier of the property, informing it of its appointment and requested for a meeting to ascertain the status of the occupier but that the letter was ignored.

The claimant added that it published public notices in national dailies warning the general public as to whom any person interested in the property should deal with.

Besides, the claimant through its solicitor wrote a letter dated September 14, to the occupier and requested it to vacate the property, but the defendant refused. The claimant stated that despite the receipt of several letters and notices, the defendant still refused to deliver up possession of the premises.

The claimant valued the present rent to be received in the property at N40 million per annum and that it has found a willing tenant desirous of occupying the said property.

But, the defendant, Scott’s Cottage Limited in its counter affidavit, described the suit as frivolous, abuse of court process and urged the court to dismiss it accordingly.

The defendant added that it has regularly paid its rents to the claimant through their property managers, Omuojine & Associates.